Chase Elliott had a disappointing end to the 2022 season but overall, it was fairly successful. However, Elliott doesn't want to discuss 2023 yet. 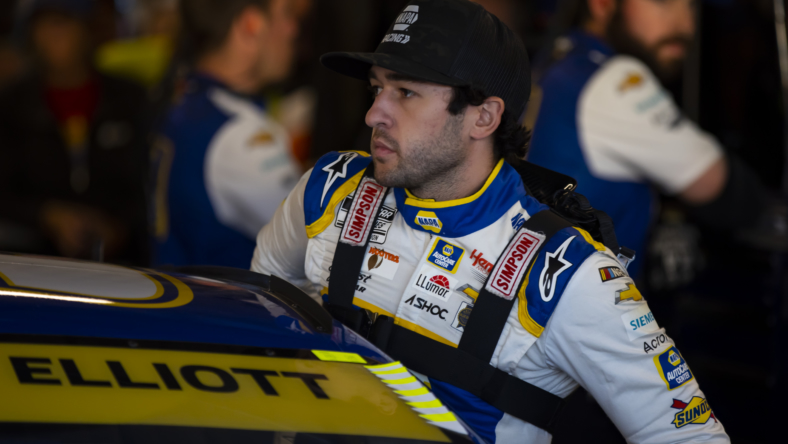 Chase Elliott slid across the front stretch at Phoenix Raceway and likely knew his opportunity at securing a second NASCAR Cup Series championship was over when his car made contact with the inside wall.

In reality, that is exactly what happened. Elliott moved down the track and made contact with Ross Chastain. It caused the No. 9 car to spin off the nose of Chastain and end his chances despite having the most wins during the 2022 season.

Joey Logano, the second seed in the playoffs behind Elliott, ended up clinching his second Cup Series title instead. Elliott discussed his year and was asked about what to expect going into the 2023 season.

Chase Elliott discusses the 2022 season, not interested in 2023 talk as of now

Elliott entered the 2022 season without a victory at an oval track since Phoenix Raceway in 2020 when he won the championship; however, that changed in a drastic way.

It was the first time since the 2017 season that Elliott did not claim a victory on a road course. This is not a major deal but it just shows the improvements others have made for that style of competition.

That fact also shows how Elliott performed on oval tracks this season. He matched his career-high wins for a season and brought his overall total to 18 wins after his seventh full-time year in the NASCAR Cup Series.

Elliott was asked to assess the season as a whole and say what he expected going into the 2023 season.

“Yeah, I don’t really care about 2023 right now. We had five wins on the season, and we had — you tell me what the stats are. That’s how you would assess it, right? I know we won five races. That’s more than we did last year.”

Chase Elliott on his season and thoughts about 2023

As expected, many drivers are excited to have a break after a very long season. The racing year runs from February to November and there are very few weekends off throughout the season.

This makes it a very grueling schedule as there are 38 race weekends. Elliott proved this even more after finishing his last statement.

“But do not tell me what the countdown clock is because I don’t want to know.”

Chase Elliott on the countdown to the 2023 Daytona 500

There is much to look forward to going into the 2023 season as Elliott looks to build on his five wins this year. It will be interesting to see how he bounces back after a very poor playoff stretch.

However, the driver who said that NASCAR’s schedule should be shortened in terms of months is ready for some time off now. It is very hard to blame him as many others agree the season is too long.

Elliott went even deeper into the 2022 season when asked about his playoff inconsistencies and whether there are gains that can be made after the last 10 events.

“Yeah, I think we certainly have a target to look at as we go into next year. Yeah, when the time comes, we’ll go to work on it. But that’s not today. I can assure you that. We’re going to enjoy a little time off, just like a lot of you guys are. It’s a long season. A lot of effort goes into this deal. And yeah, looking forward to that.

But yeah, when we get back to Daytona next year, we’ll be ready to go, and we will put the focus on the things that we feel like we need to put them on and see where we stack up then. Yeah, again, 2023 is not on my radar right now.”

Chase Elliott on his playoff inconsistencies and 2023

Once again, the 26-year-old driver is simply ready for the offseason and as stated above, it is very hard to blame him. It was an up-and-down year after a very strong stretch during the summer.

For now, Elliott will focus on enjoying the offseason and when the Busch Light Clash in Los Angeles, California is here, the 2020 NASCAR Cup Series champion will be ready to go.