Charlotte Hornets ‘team to watch’ for Russell Westbrook trade this offseason, how it might look 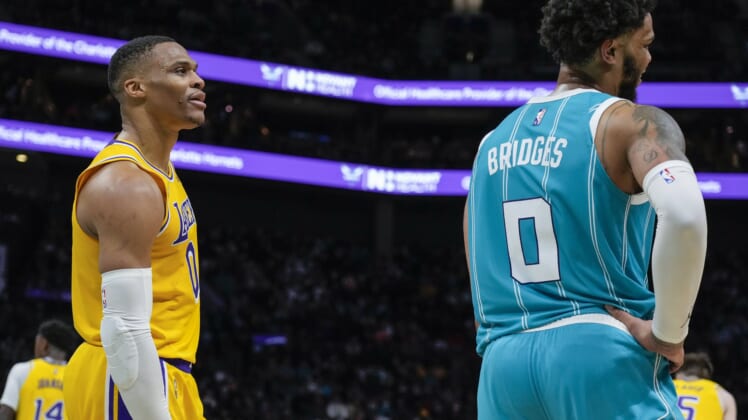 The Los Angeles Lakers want nothing more than to find a Russell Westbrook trade partner this offseason. While the summer is a few months away, the Charlotte Hornets could reportedly be a landing spot for the All-Star point guard.

Los Angeles made a bad gamble on the 33-year-old guard last summer. Believing he would fit on the court with LeBron James and Anthony Davis, the Lakers traded their first-round pick, Kyle Kuzma and additional assets for him. Months later, they’ve missed out on the NBA Playoffs.

The Lakers attempted to move Westbrook before the NBA trade deadline. With the Houston Rockets the only team interested – demanding a future first-round pick and for Los Angeles to absorb the John Wall contract – a deal never came to fruition.

Westbrook and the Lakers are likely both in agreement that a separation is in everyone’s best interest. However, the 2017 NBA MVP and nine-time All-Star selection won’t be turning down his $47 million salary next season. With that said, there might be a trade partner.

NBA insider Marc Stein reports the Hornets are a team to watch for a Westbrook trade this summer. Charlotte could view him as a buy-low target, pairing him alongside LaMelo Ball and adding another star to the starting lineup. 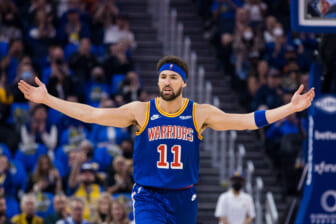 Absorbing Westbrook’s contract wouldn’t be easy, especially since the Hornets want to sign impending restricted free-agent Miles Bridges to a contract extension. We’ve seen executive Michael Jordan make surprising moves in the past and acquiring Westbrook from Los Angeles would be one of the biggest.

What would a Russell Westbrook trade look like for Charlotte?

The primary objective for Charlotte might simply be acquiring Westbrook’s expiring contract. One-year deals hold value in the NBA and Westbrook certainly will have one of the largest expiring deals in the NBA next season.

Keeping that goal in mind, how this deal would unfold gains more clarity. Jordan likely wants to move Gordon Hayward and Terry Rozier, dumping their contracts that have multiple years remaining. If a deal came to fruition, it would provide the Hornets with ample cap space to pursue a star in NBA free agency a year from now.

Of course, this deal would add a massive financial obligation to the Lakers’ payroll. Rozier signed a four-year, $97 million extension in August 2021 that carries an annual average salary of $21.4 million. Meanwhile, Hayward just turned 32 years old and is still owed an additional $61.575 million over the next two seasons.

The Lakers certainly won’t love any potential return for a Westbrook trade this offseason, but they also don’t have the benefit of being picky.