CFB Playoff expands to 12 teams; How it impacts the future of college football 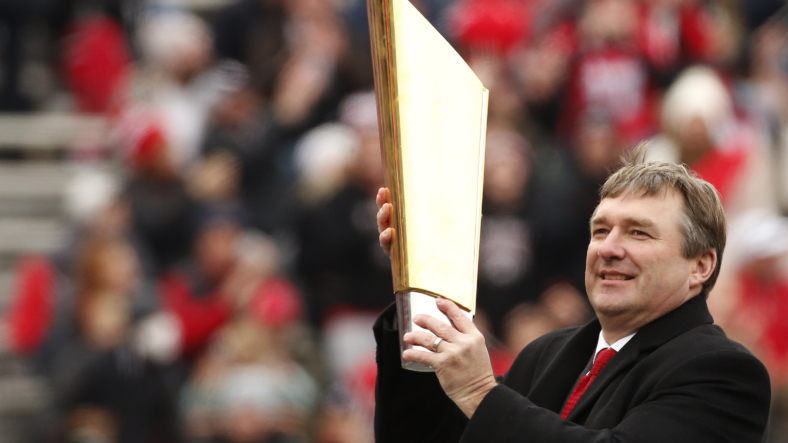 In what’s sure to be a controversial move, the College Football Playoff board of managers has just agreed to expand the current CFB Playoff series from four teams up to 12 programs. According to Pete Thamel of ESPN, the new 12-team format won’t kick in until 2026, once the current contract expires. However, he also points out the possibility of the process starting sooner. As you can imagine, these discussions are wide-ranging, and they’re still hashing out the final details.

What the 12-team CFB Playoff format means for college football

Expanding the current format from four teams up to 12 participating programs gives many other coaches and players the chance to compete for a National Championship, where they would have otherwise never sniffed the final stage. Of course, powerhouses such as Alabama will always remain, and they’ll likely face no more difficulty under the new proposed tournament, but perhaps this will keep the hopes of several other college football programs alive further into the season.

It’s not all that different from what we’ve recently seen in other sports, such as the NFL’s expanded Wild Card, allowing two more teams to reach the postseason. Or the NBA, where they now hold a Play-In Tournament, giving four more teams a chance to experience the playoffs.

Now we’ll see even heightened competition as programs battle for the final CFB Playoff spots during the final weeks of the season, creating more intrigue and more upsets. Since college football is all about competition, this move appears to be good for the sport. But we’ll see how it translates to the field.

Will it become more like the NCAA basketball tournaments, where cinderella stories emerge from unlikely contenders? Or will the Crimson Tide continue to roll on, like nothing’s changed? We’re guessing the CFB Playoff board of managers would prefer the former over the latter. Chances are, thousands of football fans are hoping for that change too.