Celtics star Gordon Hayward to get MRI on injured foot 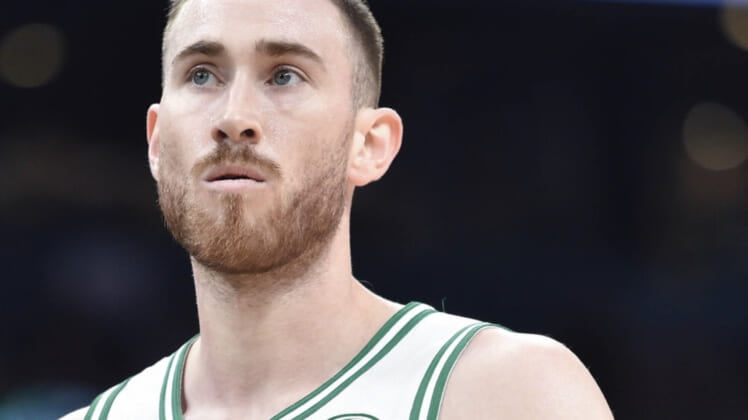 The Boston Celtics might be without injury-plagued star forward Gordon Hayward for some time.

Celtics head coach Brad Stevens told reporters ahead of Wednesday’s game against the Dallas Mavericks that Hayward’s foot has been bothering him all season.

Hayward got an MRI three weeks ago and is set to get another one on Friday.

This isn’t great news for a player in Hayward who missed all but one game in his first season with the Celtics back in 2017-18 after suffering a devastating lower-body injury in the opener.