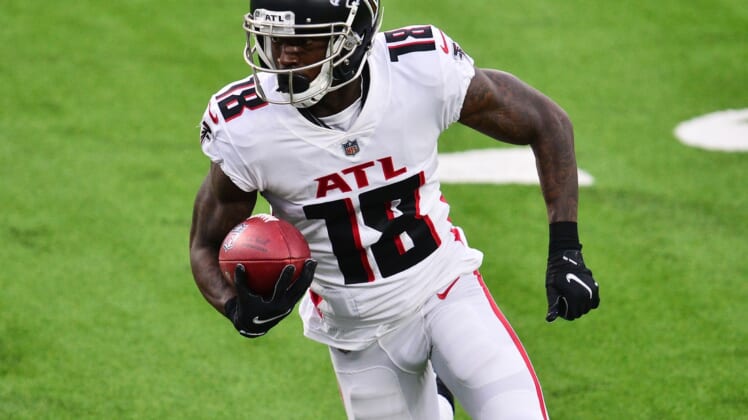 Atlanta Falcons wide receiver Calvin Ridley has been in the news a lot throughout the early portion of the NFL offseason.

That’s primarily because the former first-round pick from Alabama has firmly been on the trade block after sitting out all of five games last season due to personal reasons.

We now have more information on this, and it’s not great for the former 1,300-yard receiver.

The NFL announced on Monday that it has suspended Calvin Ridley for the entire 2022 season for legitimately betting on NFL games. This is not a typo. It’s something that has actually happened. 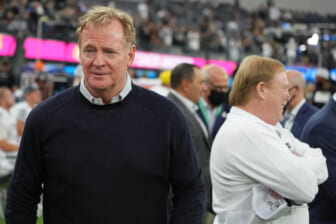 “NFL Commissioner Roger Goodell today suspended Calvin Ridley of the Atlanta Falcons indefinitely through at least the conclusion of the 2022 season for betting on NFL games in the 2021 season. The activity took place during a five-day period in late November 2021 while Ridley was not with the team and was away from the club’s facility on the non-football illness list.

A league investigation uncovered no evidence indicating any inside information was used or that any game was compromised in any way. Nor was there evidence suggesting any awareness by coaches, staff, teammates, or other players of his betting activity.”

This is a crazy new development to the entire Ridley drama after he surprisingly left the Falcons early during the 2021 season for personal reasons. Since then, rumors have come out that Atlanta has been attempting to trade the young pass-catcher.

“There is nothing more fundamental to the NFL’s success – and to the reputation of everyone associated with our league – than upholding the integrity of the game. This is the responsibility of every player, coach, owner, game official, and anyone else employed in the league.

Your actions put the integrity of the game at risk, threatened to damage public confidence in professional football, and potentially undermined the reputations of your fellow players throughout the NFL.”

The No. 26 overall pick of the Falcons back in 2018, Ridley was expected to take over as Matt Ryan’s top target heading into the 2021 season.

Atlanta had just traded franchise stalwart Julio Jones and was relying on the Alabama product to perform at a high level. Remember, Ridley recorded 90 receptions for 1,375 yards and nine touchdowns for the Falcons back in 2020.

He’ll now be forced out of action for the entire 2022 season, if not longer. As for the star wide receiver, he did take to social media after the suspension was announced, admitting that he did in fact bet on games.