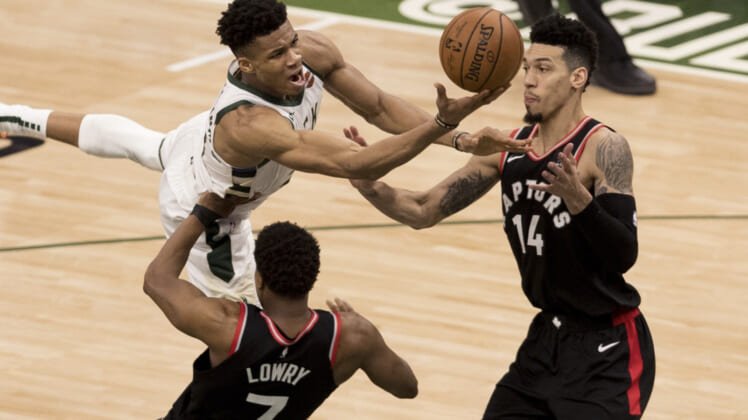 The Milwaukee Bucks maintained home-court advantage with a series-opening win over the Toronto Raptors Wednesday night in hotly-contested affair.

Toronto will now look to even the Eastern Conference Finals Friday night before the series shifts to Canada.

How will the Bucks’ point guard situation play out?

Can Toronto’s bench step up?

Is Kyle Lowry up for the big stage?