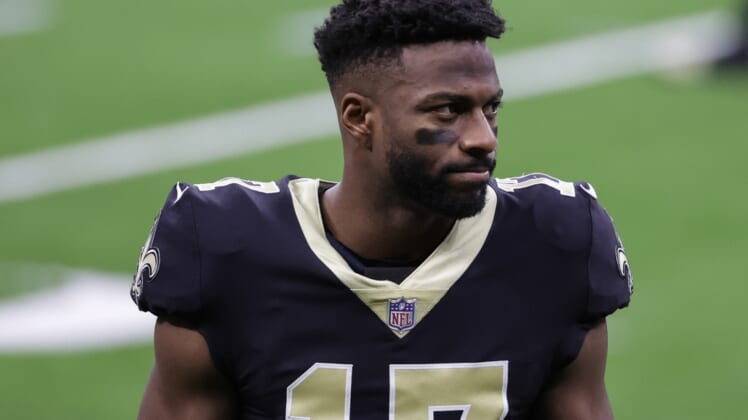 The Buffalo Bills agreed to a one-year contract with veteran receiver Emmanuel Sanders on Tuesday after the New Orleans Saints terminated his contract hours earlier, according to multiple reports Tuesday.

The move is expected to be made official Wednesday before Sanders travels to Buffalo for a physical the following day.

Sanders, who will turn 34 on Wednesday, caught 61 passes for 726 yards and five touchdowns for the Saints in 2020.

He previously played four seasons with the Pittsburgh Steelers (2010-13) and five-plus seasons with the Denver Broncos (2014-19) before being traded to the San Francisco 49ers for the second half of the 2019 season.