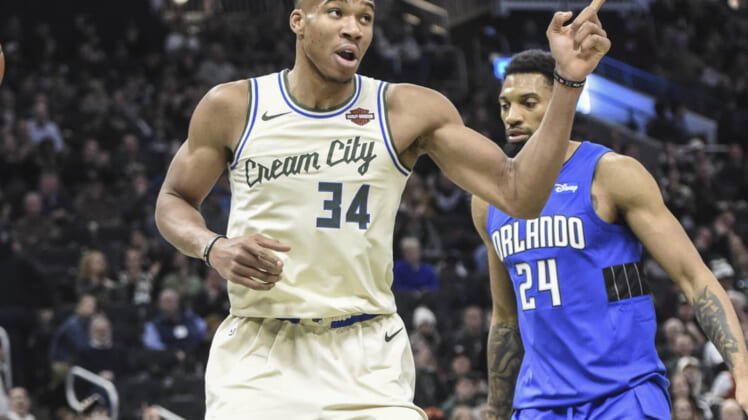 The Milwaukee Bucks find themselves in the midst of an absurd 15-game winning streak. Giannis Antetokounmpo and Co. are 21-3 on the season, matching the Los Angeles Lakers for the best record in the NBA.

It’s in this that it’s not terribly shocking these two teams are among the favorites to play in the NBA Finals.

We are, however, a tad surprised that the Los Angeles Clippers join their roommates at the Staples Center as 3-to-1 favorites to come out of the Western Conference. Overall, the latest title odds are nearly unchanged from the start of the season.

The Philadelphia 76ers come in with the second-best odds in the Eastern Conference. They currently boast the fourth-best record in the conference at 17-7 with the Boston Celtics (17-5) directly behind Milwaukee.

Out west, it seems to be a a two-team race between the Los Angeles-based squads. That could make for an interesting spring once the NBA Playoffs start.

As a whole, the NBA seems to be more wide open this season. Not even mentioned among the top-rung title contenders, a plethora of teams are currently on pace for 50-plus wins.

Regardless of whether these are top-end title contenders, they will have something to say once the playoffs start.

Sure the NBA ratings are down this season. But at the very least, we’re not limited to one or two teams with realistic shots to win the title once June comes calling.

These latest odds magnify that to a T.