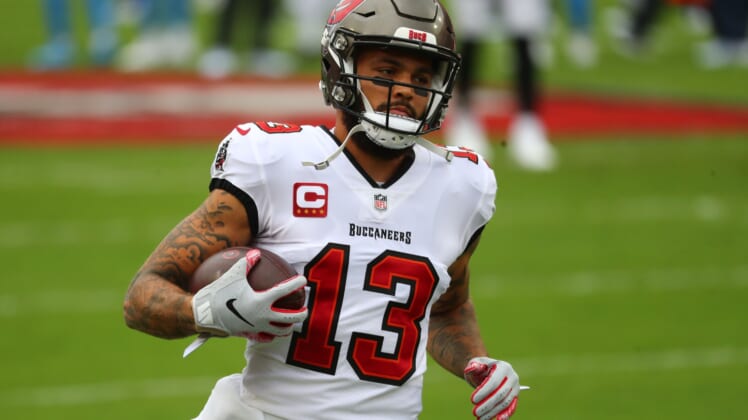 After already coming into Week 4 without Chris Godwin and Leonard Fournette, the Tampa Bay Buccaneers suffered another crushing blow on Sunday when Mike Evans left with a leg injury.

On Tampa Bay’s second drive of the game, Evans caught a short pass from Tom Brady and was brought down awkwardly. As his body was dragged down, his leg was pinned underneath him and twisted. The Pro Bowl receiver was in pain immediately after the tackle, struggling to make it to the sideline.

Trainers looked at Evans’ leg immediately, with the veteran expressing clear discomfort on the sideline as his ankle was examined. As he walked towards the tunnel, the 27-year-old struggled to put weight on the injured leg.

Evans will likely undergo an X-ray immediately with an extended evaluation to determine the severity of the ankle injury. Given Godwin was expected to miss Week 5 with a hamstring injury, Tampa Bay’s star-powered offense could be without numerous weapons on Thursday Night Football.