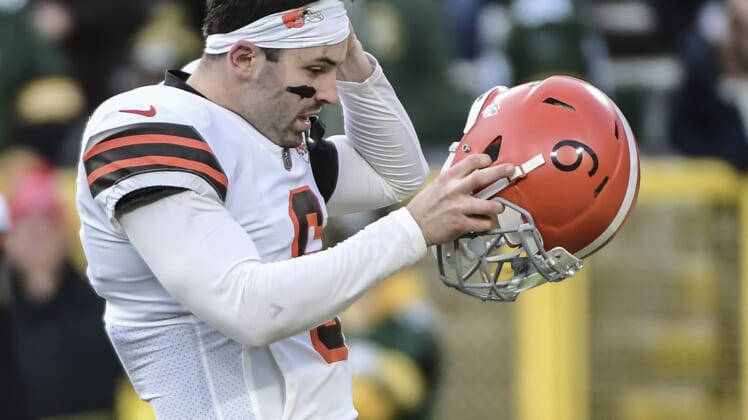 “He’s our starting quarterback,” Stefanski said after the Browns’ 24-22 loss to the Green Bay Packers.

The loss dropped the Browns to 7-8. They have lost two consecutive games and three of their last four, all but sealing their fate out of the playoffs. They are the 13th seed in the AFC heading into Sunday’s action.

Mayfield’s fourth pick came on the final drive as he became the first Browns quarterback since Brandon Weeden in 2012 to throw four in one game.

Mayfield threw three in the first half alone, and Packers quarterback Aaron Rodgers converted all three into touchdowns for a 21-12 lead.

“I hurt this team,” Mayfield said. “That’s the most frustrating thing for me because I thought our defense played tremendous against a really, really good offense. But when you turn the ball over … and give them extra opportunities, they’re gonna take advantage of it.”

Mayfield finished 21-of-36 passing for 222 yards and two touchdowns.