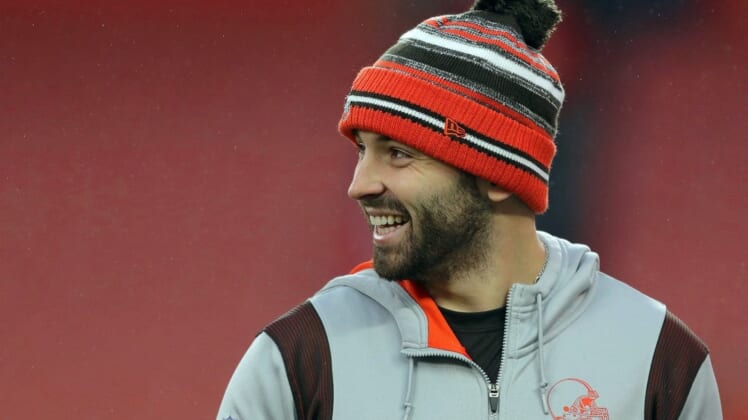 Per the Browns, it was a “mutual decision and best for both parties.”

The veteran quarterback will not be subject to fines for missing the mandatory session.

Cleveland has been attempting to find a trade partner for Mayfield since acquiring Deshaun Watson in March.

The sticking point in trade talks reportedly has been how much of that salary the Browns are willing to cover.

Mayfield has not attended any of Cleveland’s voluntary workouts this offseason.