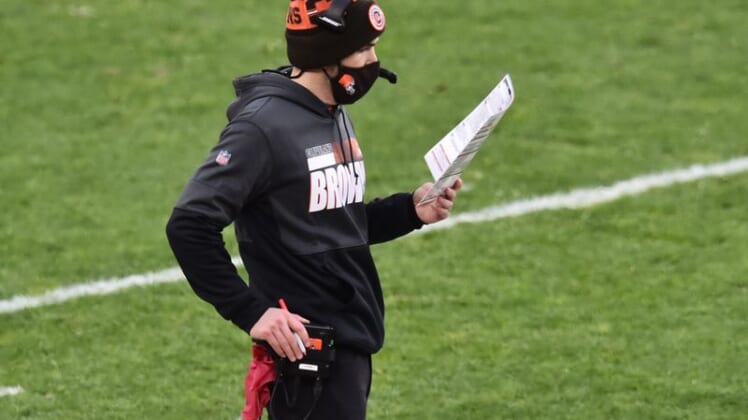 Cleveland Browns head coach Kevin Stefanski is out of the basement and back at his office at team headquarters in Berea, Ohio.

Stefanski returned to the team after a positive COVID-19 test forced him to isolate in his home last week. Stefanski viewed the team’s first playoff win since 1994 from an uncomfortable distance in the bottom floor of his family’s home.

The Browns beat the Pittsburgh Steelers on Sunday night to set up a divisional playoff matchup with the AFC’s top-seeded Kansas City Chiefs on Sunday.

Stefanski was back at work 10 days after being diagnosed with COVID-19 and was required to test negative before returning to the team. Stefanski said his case was mild but he lost his sense of taste.

The Browns didn’t have long to savor the wild-card win with Patrick Mahomes and the Chiefs awaiting their company at Arrowhead Stadium on Sunday afternoon.

Kansas City rested during a bye last week and returned to full practice on Monday.

Offensive guard Joel Bitonio, one of the top-rated pass blockers in the NFL, also missed the wild-card game at Pittsburgh due to COVID-19. As of Thursday morning, the Browns had not cleared Bitonio from the reserve/COVID list.