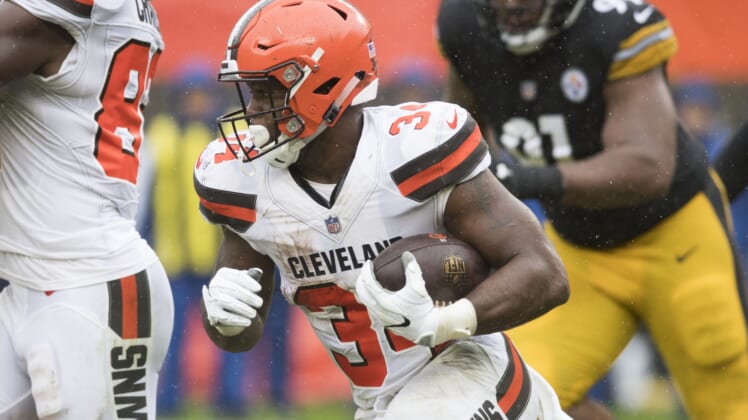 As the Cleveland Browns prepare for their Thursday Night Football clash with the New York Jets, running back Carlos Hyde is preparing his newborn baby to arrive.

We are not making this stuff up. Talk about Hyde feeling all kinds of pressure to win while his wife is about to give birth.

According to a couple of team sources, #Browns RB Carlos Hyde is expecting the birth of his child any minute now. He’s expected to come straight to the stadium from hospital in time to play. I’m told labor was induced last night, so a potentially long & joyful day for the Hydes.

There is not much time left until kickoff, so hopefully all works out well for Hyde to kiss the new baby before he jet to the game. In any event Hyde is delayed, the Browns would call upon running backs Duke Johnson and Nick Chubb to fill in.

Our congratulations go out to the Hyde family.