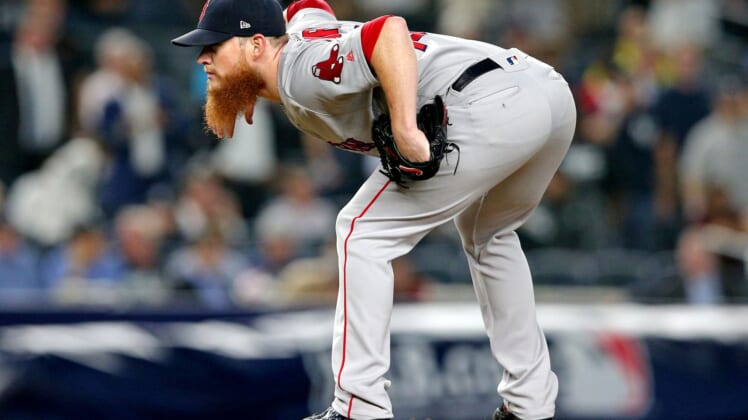 Atlanta Braves pitchers made a mess out of the ninth inning on Tuesday. By the time it was over, the fans at SunTrust Park were ready for a reunion with Craig Kimbrel.

The Braves and Arizona Diamondbacks entered the ninth inning tied at 6. But A.J. Minter surrendered a home run from Christian Walker to break the tie then a two-run double from Adam Jones to open up a 9-6 lead, which stood as the final. Per Grant McAuley of Braves Radio, that prompted a “we want Kimbrel” chant.

It’s hard to blame the fans for being impatient. The Atlanta bullpen has been one of the worst in the league this season.

If Atlanta wants a reunion, there’s good news. He’s available. Despite everything that Kimbrel has done and that he’s only 30, he remains a free agent.