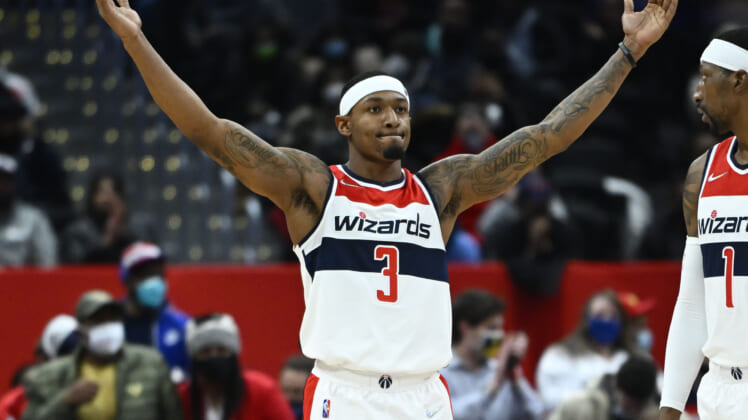 When those in D.C. think of the word ‘loyalty’, they picture Bradley Beal in a Washington Wizards jersey. Local fans know all too well, Beal and the Wizards have been through the ringer since. Making the playoffs in five out of 10 seasons since Beal joined the team in 2012, he’s clearly been valuable to the franchise.

A three-time All-Star, Beal is very well regarded around the league, which is partially why teams are always itching to trade for the scoring-first shooting guard, but the issue is, the Wizards value him even more.

That’s what we saw proof of early on Thursday in the NBA’s free agency period, with the Wizards and Beal agreeing to a five-year, $251 million max contract, according to Adrian Wojnarowski. Currently 29, Beal’s new contract keeps him in Washington through his age-33 season, through 2026-27. Though the final year of the deal actually is a player option estimated to be worth roughly $57.1 million.

Bradley Beal lands one of the richest deals in NBA history

While it was expected all along, Bradley Beal just agreed to one of the most lucrative deals in NBA history. The new deal makes Beal the fourth-highest paid player in basketball, earning an average salary of $50.2 million per season.

It’s obvious the Wizards didn’t want their star player going anywhere this time around, but next season will all be about staying healthy for Beal and Co. The Wizards started 13-7, looking like they may be able to surpass their first-round playoff exit from the year before, but alas, they fell short, wrapping up at 35-47.

Beal’s new contract shouldn’t change anything for him or the Wizards, but the pressure to get back to the playoffs remains. This extension is only step one, or possibly step two after drafting Johnny Davis, but how the Wizards proceed from here could shape their future for a number of years.