Boston park ban all things Eagles ahead of the Super Bowl 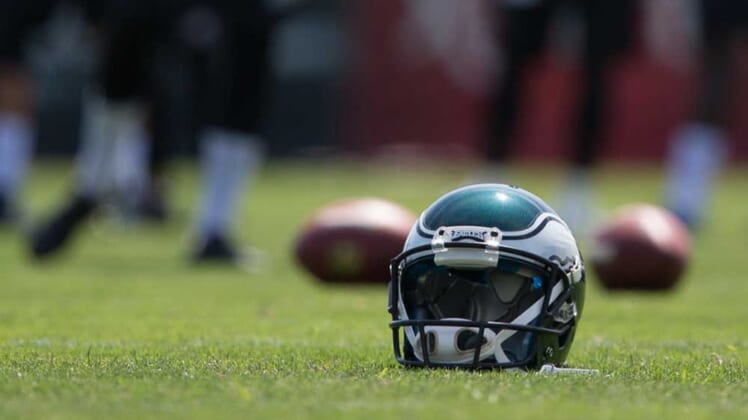 According to a report, all things Philadelphia-themed are banned from Boston’s Charles River Esplanade park area.

The ban comes ahead of the New England Patriots playing the Philadelphia Eagles in Super Bowl LII on Feb. 4. Per the report, the ban spans a 3.5 mile radius from the park and will be lifted on Feb. 5.

This statement from the Michael Nichols, the executive director of the Esplanade Association, explains the ban.

“We realized that appearing in a Super Bowl for only the third time — and first time since losing to the Patriots in 2005 — was disorienting for Philadelphia fans and that clarity on acceptable items to bring in our park should be offered,” Nichols said, per Steve Annear of The Boston Globe. “Given the Patriots are appearing in their record-extending 10th Super Bowl, we understand this information may not be needed by most park visitors.”

This is no joke. All Philadelphia sports-themed apparel as well as Philadelphia brand cream cheese and Philly cheesesteaks can not enter the banned area, per the report.

On top of the physical items banned, Eagles fans Will Smith and Sylvester Stallone are also banned, per The Boston Globe report.

Bans of such nature against sports rivals are not unheard of though. Two San Francisco radio stations banned pop artist Lorde’s “Royals” song during the 2014 World Series played against the Kansas City Royals.

As for the upcoming Super Bowl, it will be interesting to see if the Eagles retaliate by disallowing any particular New England-based items in their own territories.