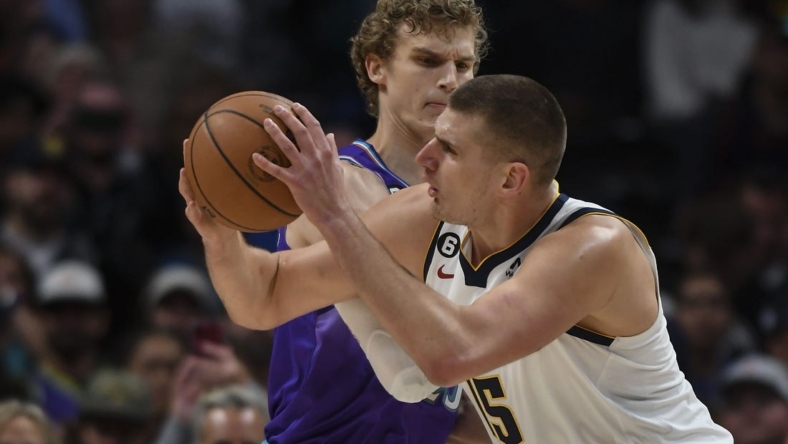 Denver avenged an opening-night blowout loss to Utah despite only getting 12 points from Nikola Jokic. The reigning MVP also grabbed 10 rebounds and dished out six assists, and five other Nuggets hit double figures in scoring.

The Nuggets have lost just once in five games since falling in Salt Lake City.

Lauri Markkanen scored 17 points and grabbed 10 boards in the loss for Utah, which travels home for a Saturday night game against the Memphis Grizzlies.

Mike Conley added 14 points and Collin Sexton chipped in with 13 points, but they were the only other players to hit double digits for the Jazz.

The Jazz went on a seven-point run in the third quarter to pull within 68-61 after trailing by 13 at halftime.

Jamal Murray then hit a 3-pointer to swing the momentum back in Denver’s direction, and the Nuggets seized control for good with an 8-0 surge.

Murray finished with 13 points, while teammate DeAndre Jordan totaled 13 rebounds and 12 points in a reserve role.

Utah jumped ahead 12-6 on treys by Kelly Olynyk, Conley and two straight from Markkanen. Denver quickly tied it thanks to consecutive 3-pointers from Bruce Brown and Porter.

Jokic then sparked a Nuggets surge, putting Denver ahead for good by hitting one of two free throws for a 15-14 lead. A Jeff Green alley-oop layup with 3:59 remaining in the opening period capped the 10-0 spurt.

Markkanen hit a 3-pointer before Denver then reeled off another seven in a row for a 31-17 lead. The Jazz needed the final six points of the first quarter to climb within 35-25. Markkanen scored nine in the opening quarter.