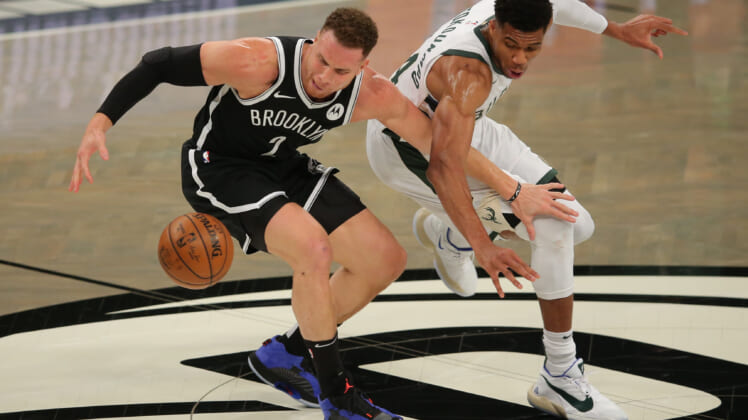 Veteran forward Blake Griffin performed extremely well for the Brooklyn Nets last season after he was bought out by the Detroit Pistons.

While the 32-year-old six-time All-Star is nowhere near the player he was during the height of his career with the Los Angeles Clippers, he provided veteran experience in the Big Apple.

Griffin is now being rewarded for that. According to ESPN’s Adrian Wojnarowski, the Nets have decided to re-sign Griffin to a one-year contract.

Over the cap and without much wriggle room to work with, Brooklyn was deciding between bringing back Blake Griffin or Jeff Green. Finances made it a near impossibility to re-sign both veterans. Once the Denver Nuggets signed Green earlier on Monday, it became clear that Griffin would return to Brooklyn.

Joining forces with the likes of Kevin Durant, James Harden and Kyrie Irving on the Nets last season, Griffin took on a secondary role for the first time in his career. He responded by averaging 10.0 points and 4.7 rebounds on 49% shooting from the field.

Even with the Nets looking to add other veteran minimum players in free agency, Blake Griffin should play a key role for the championship contenders once the 2021-22 season comes calling.