Bills trade No. 10 pick to Chiefs for Patrick Mahomes 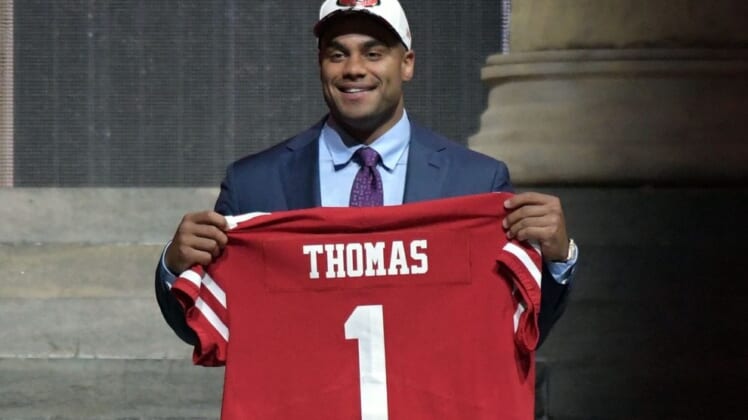 The Kansas City Chiefs became the second team to trade up in the draft, moving to No. 10 and trading the Bills their first and third rounders this season along with their first rounder next season, reports Adam Schefter. With that pick, they selected Texas Tech QB Patrick Mahomes, no surprise given the rumors surrounding a potential trade.

What was a surprise, however, was that they traded up this far for Mahomes when many expected Clemson’s DeShaun Watson to be the second QB taken. This is a steep price to pay, and, one wonders if the Chiefs will flip quarterback Alex Smith to salvage some assets.

Mahomes is generally considered raw, so perhaps he’ll sit for a year. Kansas City can afford to do that given their two straight playoff berths.

The Texans had the potential to trade up for Mahomes as well, so the Chiefs may have had to pull the trigger on this to avoid Houston getting to him first. Kansas City has to be supremely confident in Mahomes to do this though. These sorts of trades tend to cost people jobs if they go wrong, so there will be a lot of pressure on Kansas City next season.