Big Ten reportedly closing in on media rights deal worth $1.1 billion per year 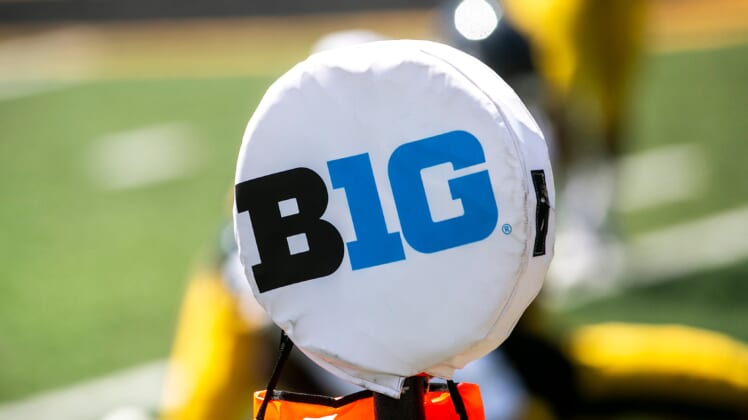 As the National Football League cashes in on record-setting television revenue, the Big Ten is moving closer to getting its share of the pie with a massive new media rights deal.

Big Ten commissioner Kevin Warren shared in May with CBS Sports that he anticipates the conference will have a new media rights deal in place with its partners within one month.

Currently, the conference is partnered with Fox, ESPN/ABC and CBS for distribution of the broadcasting rights to marquee games and programming. However, each of the deals is set to expire at the end of 2022.

With CBS, ESPN/ABC and Disney shelling out nearly $100 billion over the next decade for the rights to broadcast NFL games, one of college football’s premier Power 5 conferences will now be getting a hefty boost in revenue thanks to its television partners.

According to Front Office Sports, the new media rights contract could pull in an estimated $1.1 billion in annual revenue for the Big Ten Conference.

It’s a massive difference from the current deal in place. Currently, the conference receives $440 million each year thanks to the six-year, $2.64 billion deals it signed in 2017. But as the SEC’s $3 billion contract with ESPN shows, television networks are willing to pay more than ever before to broadcast live football games.

It also helps that there is added competition for the media rights to these games. NBC reportedly joined the bidding war, forcing competitors Fox Sports and Disney to become more aggressive with their offers.

The timing of when a deal is signed will be interesting. Amid the NCAA looking into limits on what players can receive in Name, Image and Likeness deals with conferences looking to implement some rules to prevent the ‘Wild West’ from continuing. the Big Ten pulling in $1.1 billion per year from TV revenue alone will add to the debate over schools needing to pay student-athletes.