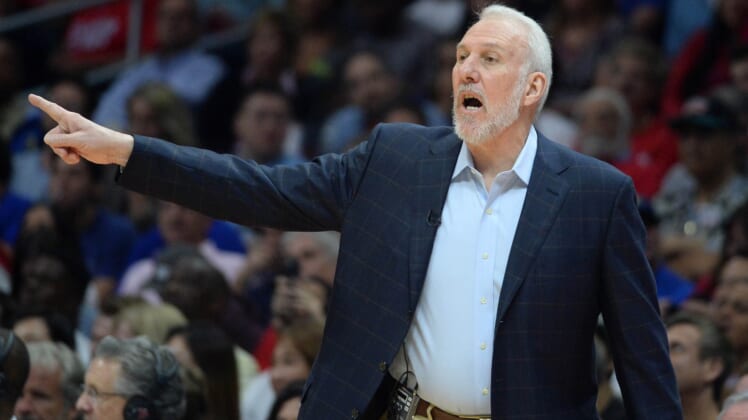 Bill Belichick and Gregg Popovich are widely considered to be the greatest coaches in the modern history of the NFL and NBA, respectively.

The big picture: Whenever Belichick and Popovich are referenced by their peers, it is usually done so with extreme reverence. That being said, who is the better of two?

Bill and Gregg’s excellent adventure: Both coaches have had immense success since taking over as head coaches for the respective teams.

Bill’s boom: After a relatively modest start of his career coaching the Cleveland Browns, Belichick had another chance to coach the New England Patriots. After a subpar first season in 2000, Belichick led the Patriots to enormous success in the years that followed.

In spite of the fact that Belichick is infamously known for being terse with the media, his record speaks volumes. Having a hall of fame quarterback in Tom Brady definitely helps Belichick’s case, but it could be argued that neither would be as good had they been on other teams.

Nevertheless, Belichick’s accomplishments are matched by very few coaches in any other sports, with perhaps Popovich coming the closest to matching or even surpassing Belichick.

Pop’s plan: Throughout his tenure in San Antonio, the Spurs have enjoyed an unprecedented amount of success, success that is only rivaled by the Patriots. Before being the head coach of the Spurs, Pop spent four years as an assistant coach with the Spurs and two years with the Golden State Warriors before eventually take the leap to become the head coach.

Since taking the helm in 1997 in which the Spurs went 17-47, the Spurs have gone to the NBA Playoffs for 22 straight years.

Stats of the Spurs’ streak:

Although Pop’s accolades are impressive, his success is linked with Tim Duncan, Manu Ginobili and Tony Parker — the Spurs’ “Big Three.” Those three have combined to be one of the most, if not the most, successful “Big Three’s” in all of sports — winning four championships and having won over 1,000 games.

Pop is, arguably, the one of the first coaches to utilize the 3-point line as a viable weapon as well. During the 2014 NBA Finals against the Miami Heat, the Spurs played a style of basketball akin to how the Warriors play now.

Dubbed “The Beautiful Game,” the Spurs’ constant ball movement and player movement opened up so many 3-point opportunities that other teams began to take notice and have implemented it themselves.

Bill versus Gregg: When it comes down to it, both Belichick and Popovich are very similar with how they approach the media and how they coach their respective games. They are very close to one another that it makes it nigh-impossible to accurately decide who is better while their careers are still ongoing.

They are, in essence, two sides of the same coin.

The bottom line: Regardless of what happens between now and the end of their respective careers, Belichick and Popovich will always be compared to one another. No matter how many championships and how many disappointing losses they may incur, one thing is for certain: they are the greatest of all time in their respective sports.