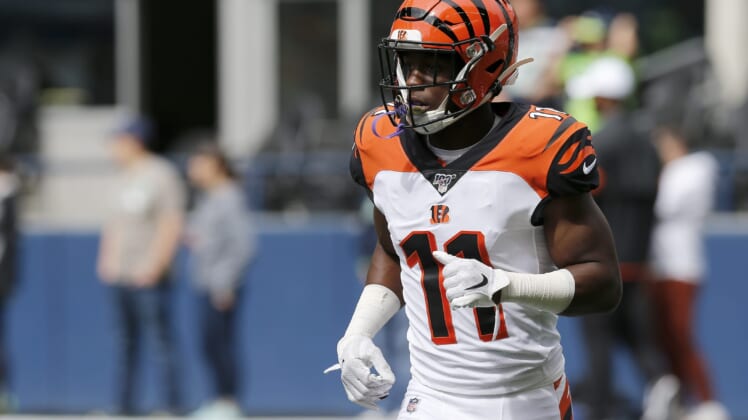 Ross, the No. 9 overall pick in the 2017 NFL Draft, isn’t happy in Cincinnati and expressed his frustrations on social media Friday.

Ross, who was listed on the team’s injury report with an illness, didn’t practice on Thursday or Friday. After FOX 19’s Jeremy Rauch disclosed a report from an anonymous source inside the Bengals’ organization, speculating Ross’ love for the game, the wide receiver responded on Twitter.

Despite setting the NFL Combine record with a 4.22 40-yard dash time in 2017, Cincinnati has kept its former first-round pick on the bench this season. He has only played in three games, with a majority of his absences listed due to an undisclosed illness.

In Cincinnati’s defense, Ross has quickly been passed on the depth chart. After entering training camp as the No. 3 receiver, serving as a deep threat in this offense, Ross ranks 10th in targets (seven) on the team this year.

It’s evident he wants out of Cincinnati. Ross will get an opportunity to leave this offseason, when his rookie contract expires and he becomes a free agent. However, it would seemingly make sense for the Bengals to trade him for any future draft pick they could get.

NFL trade rumors: Five teams that should be buyers

Instead, per NFL insider Adam Caplan, the Bengals prefer to just let him walk next offseason instead of trading him. So, it seems the front office prefers burning a roster spot instead of receiving a future draft pick.

At the very least, it seems clear both sides don’t like each other and want to go their separate ways. If Ross wants to get out of Cincinnati faster, he’ll need to pull a Carlos Dunlap.