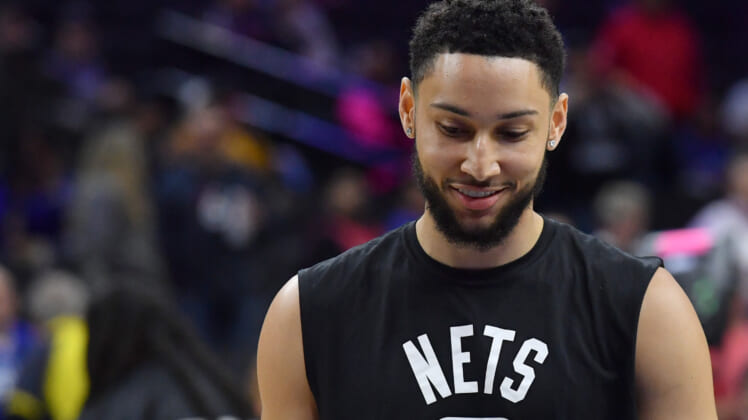 The Brooklyn Nets made the Ben Simmons trade with the belief that the All-Star guard would make a huge impact during the NBA playoffs. On the brink of elimination, Simmons remains sidelined and frustration is mounting in Brooklyn.

Weeks after the trade, Simmons reported discomfort in his back to the Nets’ medical staff as he tried working his way back into playing shape. At the time, the organization hoped it would be a short-term injury that only sidelined him for a few weeks.

Time passed and things only got worse. Simmons eventually required an epidural for a herniated disc in March, something everyone hoped would clear the way for a return. After getting past the NBA Play-In Tournament, Brooklyn thoughts its 6-foot-10 defensive chess piece would finally make his debut in the first round of the playoffs.

As Kevin Durant and Kyrie Irving struggled, slipping further down in the series, the need for Simmons became direr. Seemingly on the verge of returning, barring a setback (ESPN), Brooklyn ruled him out more than 24 hours before Game 4.

Appearing on ESPN’s Get Up, NBA insider Brian Windhorst provided an update on the situation in Brooklyn. He noted the organization is ‘exasperated by this saga” and the issues are increasing frustration for the team.

“I know that this might have the appearance of Ben Simmons saying ‘I don’t want to play, we’re down 3-0.’ But, he woke up yesterday with his back hurting, that is what I have been told. It’s as simple as that. He just didn’t feel comfortable going to play for the first time in 11 months with the way his back felt. That’s the bottom line. It’s extraordinarily disappointing because he had, I would say, genuine optimism for at least a week that he was going to play in this game. He wasn’t even ruling himself out for Game 3. And so, the Nets were expecting to get this, he was expecting to play. It was another knee-capping moment in what’s been a season of knee-capping moments for Ben Simmons.”

The latest setback for Simmons hints a return isn’t nearly as close as everyone hoped. While it’s clear he wanted to make his return, one of the highest paid NBA players seemingly took a step backward in his recovery. 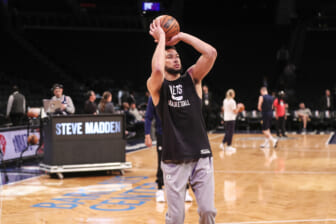 Brooklyn’s frustration is understandable. In a season full of drama, ranging from the James Harden saga to Kyrie Irving’s prolonged absence as an unvaccinated player, this team kept experiencing problems. Already trailing in the series to the Boston Celtics, getting Simmons back on the court was supposed to provide one last shot of hope for a team that desperately needed it.

Instead, the Nets are likely headed for the conclusion of a disappointing season. For a franchise that had such high expectations, it’s very possible significant changes are looming this summer.