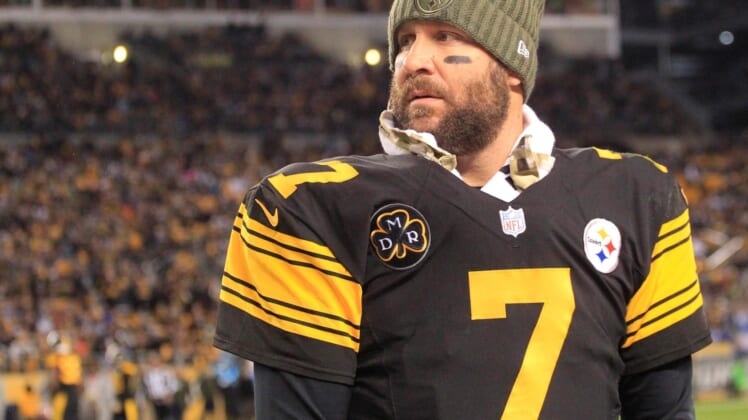 Pittsburgh Steelers coach Mike Tomlin has come under fire since his team’s divisional round loss to the Jacksonville Jaguars. But one man defending Tomlin is quarterback Ben Roethlisberger.

One criticism of the coach was that the Steelers were looking past the Jaguars towards a potential AFC Championship Game with the New England Patriots. But Big Ben didn’t see it that way.

“Anytime you lose, there’s always going to be some comments made,” Roethlisberger said, via Jeremy Fowler of ESPN. “You’ll find anything, people will. I don’t think there’s any truth to that. I think guys were focused and ready to go. We weren’t the best on that day.”

To be fair, the idea wasn’t exactly a reach. Well before the showdown with Jacksonville, Mike Mitchell guaranteed a victory over New England. Le’Veon Bell also seemed to be looking ahead to a game with the Patriots that never came.

Tomlin getting fired was always a longshot. Regardless of who’s to blame for the issues that came up during the postseason, the Steelers’ history is to be extremely loyal to coaches. Chuck Noll held the job from 1969-1991, Bill Cowher had it from 1992-2006, and Tomlin has been the coach ever since.

Disappointing playoff loss aside, Tomlin has won a Super Bowl, reached another, and reached the playoffs in each of the last four years (winning the AFC North in three of them). With that resume and the team’s history of stability, Tomlin getting fired would have been a true shocker.