Bears GM: Mitchell Trubisky will be team’s starting QB in 2020 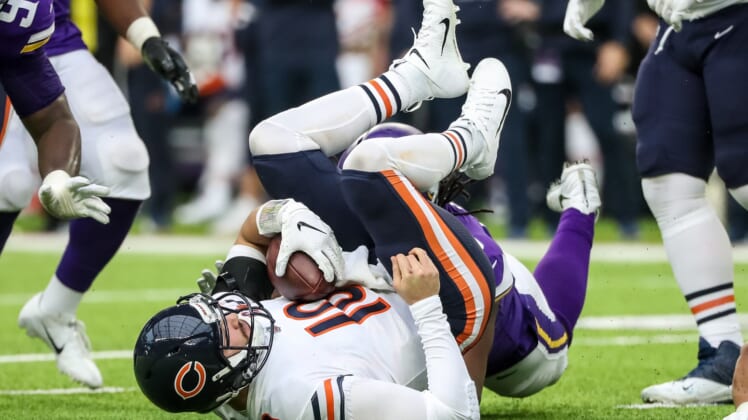 Speaking to reporters after a disappointing 2019 season, Chicago Bears general manager Ryan Pace announced in his season-ending press conference that Mitchell Trubisky will remain the team’s starting quarterback in 2020.

Trubisky entered his third NFL season with the team setting high expectations for the No. 2 overall pick in 2017. After hyping up his improvements during the past offseason and the growth he showed in training camp, the 25-year-old often held back Chicago’s offense in 2019.

Trubisky’s inconsistent play, frequent turnovers and the limitations he put on this offense resulted in the Bears finishing 8-8 just a year after posting a 12-4 record.

Pace’s decision to take Trubisky over Patrick Mahomes and Deshaun Watson will go down as one of the worst NFL draft moves in NFL history. Unfortunately for the fan base, it appears they will be reminded of it even more in 2020.