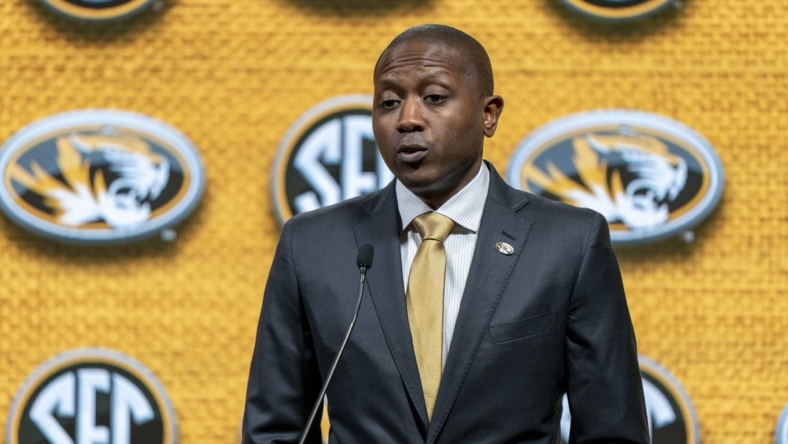 Missouri outrebounded Lindenwood 41-33 and scored 20 points off turnovers. The Tigers built a 15-0 edge in fast break points and earned 23 assists on their 34 baskets.

After Lindenwood took a quick 4-2 lead, Missouri stepped up its defensive pressure. Tre Gomillion’s runout dunk sparked the Tigers 20-7 run that was capped by 3-point jumpers by Carter and Honor.

Childs stabilized the Lions with a 3-point jumper and Cole hit a jumper that cut Lindenwood’s deficit to 24-16.

With the score 28-21 with 3:46 to play, the Tigers had a 10-0 surge with Honor hitting back-to-back 3-point shots and Carter throwing down a baseline dunk.

Missouri led 40-25 at the half on the strength of its 22-10 edge in points scored in the lane. Lindenwood missed 12-of-14 shots from 3-point range in the half and turned the ball over 10 times.

Carter hit a 3-point jumper to start the second half and put Missouri up by 18 points, but the Lions didn’t buckle.

But the Tigers pushed back, with Isiah Mosley converting a put-back shot and feeding Brown for a dunk as Missouri moved ahead by 15 points.

The Lions fought their way back within 10 points before D’Moi Hodge scored consecutive fast-break baskets to trigger Missouri’s finishing kick.

First-year Missouri coach Dennis Gates gave nine players 14 or more minutes of game time and got 24 points from his bench.