Rockets’ Austin Rivers out for Game 1 with illness 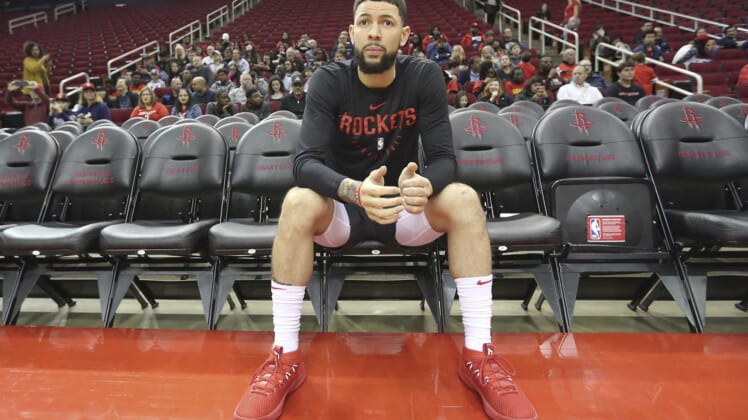 The Houston Rockets will be without backup guard Austin Rivers when they take on the Golden State Warriors Sunday for Game 1 of their second-round series.

Jonathan Feigen of the Houston Chronicle reports Rivers is dealing with an illness that is keeping him out of the lineup.

Rivers has been a key role player for Houston this season. He has averaged 6.2 points for the Rockets in the postseason so far — a bit down from his 8.1 points per game during the regular season.

Houston might not be the only team short-handed for Game 1. Golden State’s Stephen Curry and Klay Thompson are both dealing with sprained ankles — the latter of which has been described as “pretty bad.”