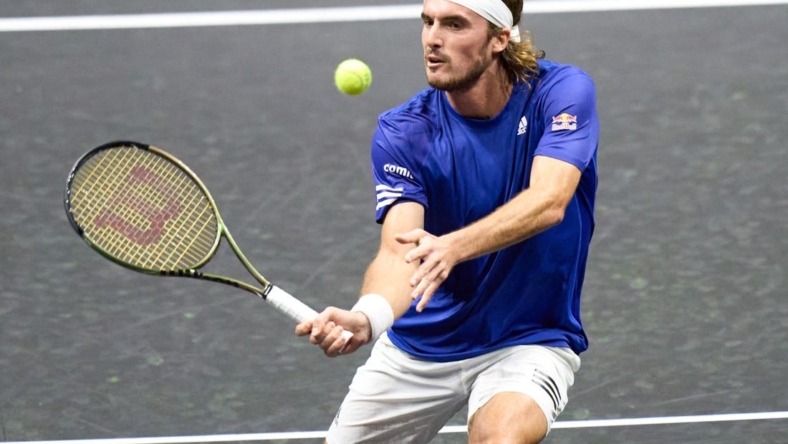 Borna Coric of Croatia rallied to eliminate second-seeded Stefanos Tsitsipas of Greece 4-6, 6-4, 7-6 (4) in the second round of the Erste Bank Open on Thursday in Vienna, Austria.

The 27th-ranked player in the world, Coric saved nine of 12 break points while breaking Tsitsipas’ serve three times in six opportunities. Despite the loss, Tsitsipas served 14 aces without a double fault.

No. 3 seed Felix Auger-Aliassime of Canada needed just 49 minutes to defeat Serbia’s Miomir Kecmanovic 6-1, 6-0 in the second round in Basel, Switzerland.

Auger-Aliassime had a 10-0 advantage in aces, never faced break point and won an overwhelming 22 of 24 first-service points (91.7 percent) in the rout.