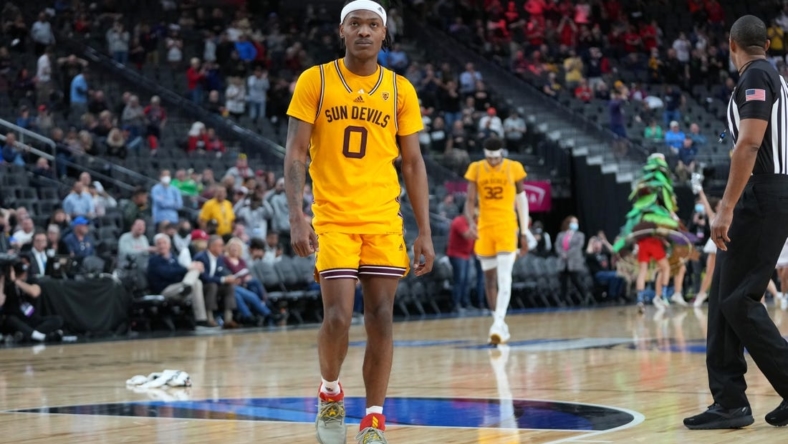 Arizona State is in its eighth season under coach Bobby Hurley, who hopes to lead the program back to the success it began to enjoy before the pandemic.

The Sun Devils, who host WAC school Tarleton in the season opener Monday in Tempe, Ariz., advanced to the NCAA Tournament in 2017-18 and 2018-19.

Then, before the 2021-22 season, the program lost several key players to the transfer portal, including point guard Remy Martin to Kansas. While Arizona State finished 14-17, Martin helped the Jayhawks win the national championship.

Yet Hurley is optimistic for this season, in part due to an influx of talent, led by Nevada graduate transfer Desmond Cambridge (16.4 points and 4.5 rebounds per game in his career). His brother Devan Cambridge also transferred from Auburn to Arizona State.

“I think the group has demonstrated unselfishness in their energy defensively,” Hurley said. “And then we’re sharing the ball. I think there’s a level of trust that’s been built between the players that we can move the basketball and get a good shot on offense.”

DJ Horne returns from last year’s squad, when his 12.5 points per game led ASU. Marcus Bagley is also back after sitting out last season with a knee injury. His return at forward lessens the impact of Jalen Graham transferring to Arkansas as a graduate transfer.

Tarleton, located near the Dallas-Fort Worth area, is in its third season at the Division I level and is coached by former Texas A&M and Kentucky coach Billy Gillispie.

“It’s real time now as we begin an extremely difficult schedule,” Gillispie said after an 83-48 exhibition win over UNT Dallas on Sunday.

Tarleton plays in the Paradise Jam in the U.S. Virgin Islands and travels to play Wichita State, Baylor, UCF and Air Force before starting the WAC season.