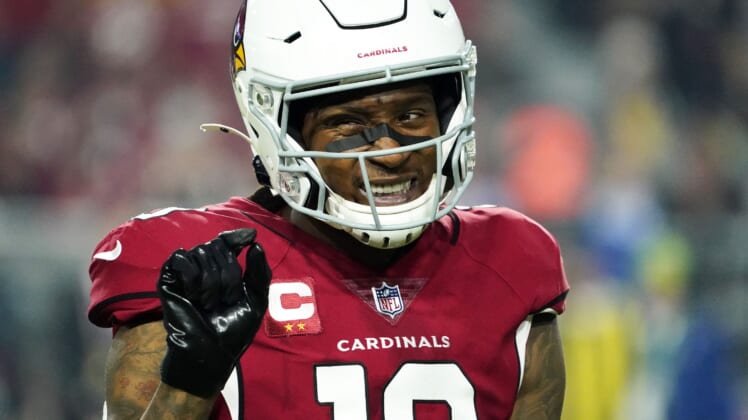 Arizona Cardinals star wide receiver DeAndre Hopkins claims his May drug test failure was not from anything he took on purpose, but being the victim of accidental contamination.

In the spring, the NFL world was shocked when it was reported that the three-time All-Pro had failed a drug test and would be suspended for the first six games of the upcoming season. A major blow to a Cardinals team that did not make any major additions following an 11-6 finish in 2021.

The revelation was just as stunning to Hopkins and he publicly questioned the results on Twitter soon after by saying, “In my 10-year NFL career, I have never tested positive for using performance-enhancing drugs.” Well, the nine-year veteran is still on a crusade to clear his name and reduce the suspension handed down by the NFL.

Arizona Cardinals star on failed drug test: ‘For something like that to happen to me, I was shocked’

On Wednesday, Hopkins told Cameron Cox of KPNX in Arizona about his efforts to clarify why he tested positive for Ostarine, and prove to the league he was a victim of bad luck and not trying to cheat.

While Hopkins failed test may have truly been an accident, it will still be very hard to have the ruling overturned. The announcement of suspensions usually comes after appeals have been made. 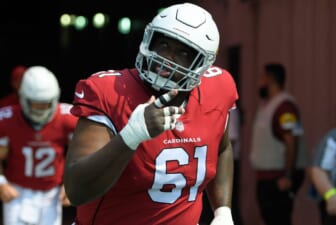 Furthermore, the failed test came during the 2021 season, meaning he has had a long time to offer up evidence that he was a victim of the unfortunate event. With no change yet to the ruling, it is likely the evidence against the test is not strong enough to change the NFL’s stance on his suspension.