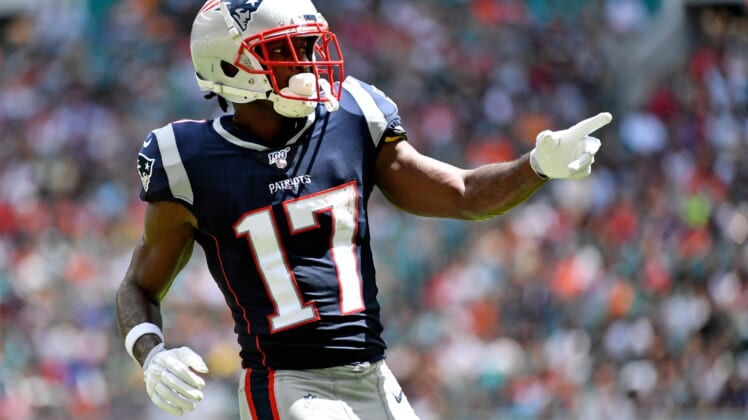 As Antonio Brown continues to make apologies across the NFL, the All-Pro receiver will now take his redemption tour to Indianapolis to meet with teams at the NFL Scouting Combine.

Brown spoke with TMZ Sports and indicated he’ll make the trip for the NFL’s marquee event in Indianapolis from Feb. 23-March to talk to teams in hopes of returning to the NFL.

“I’m excited and looking forward to seeing them guys,” Brown said, via TMS Sports. “I’mma be out there ready to get things back on the right page.”

The 31-year-old was freed of house arrest on Jan. 28 after a judge ordered him to undergo a mental health evaluation and drug testing following his arrest for allegations of battery at his home.

Brown went through a stretch of extreme behavioral issues following his release by the New England Patriots. He blasted the NFL and hinted at retirement on Nov. 7 then clarified his statement the same day. He seemed to turn a corner after releasing an apology for his behavior a month later, before he went back to blasting the NFL just days later.

He is still being investigated by the NFL following multiple sexual assault allegations against him. The NFL yet to disclose when it will conclude its investigation or what discipline Brown might face.

Brown will turn 32 in July, but is a seven-time Pro Bowl receiver and remains one of the most talented receivers when he’s on the field. He’s seemingly taking the steps necessary to start rebuilding his image, which will be key if he wants to return to the NFL.