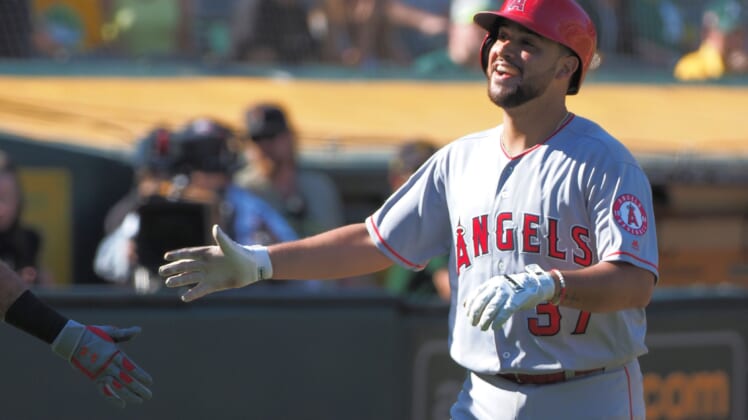 Thursday’s game against the Oakland Athletics was largely forgettable for the Los Angeles Angels. But even in defeat, catcher Francisco Arcia made MLB history.

Arcia is the first player in major league history to catch, pitch and HR in the same game. #Angels

Arcia started the game in his normal position of catcher. Then, with the game well out of hand, Arcia pitched the seventh and eighth inning.

This is notable for two reasons. One, even in a year that’s seen a lot of position players on the mound, going beyond one inning is still fairly rare. Two, September roster expansion largely eliminates the need of having non-pitchers toeing the rubber. But this game was unusual, even for September standards.

Finally, Arcia belted a solo home run in the top-of-the-ninth. That closed the scoring at 21-3.