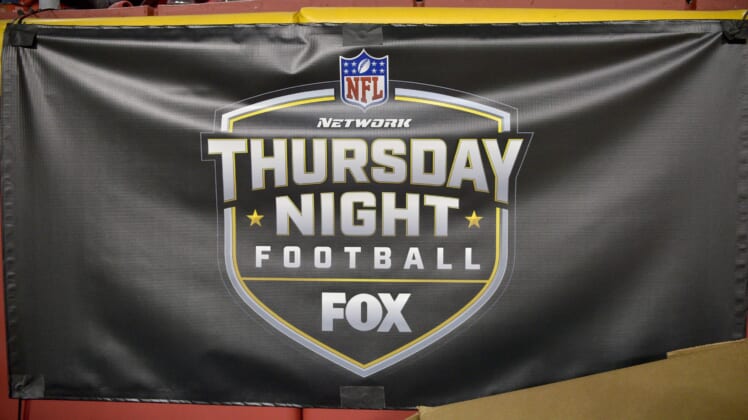 The weekly primetime games typically air on NFL Network, but also stream on Amazon. This new agreement could lead to Amazon being the exclusive home to these NFL contests.

Most ‘Thursday Night Football’ could stream on Amazon by 2023

CNBC’s Alex Sherman and Jabari Young reported on this potential landmark deal between the National Football League and the massive multinational corporation, whose influence is prominent in basically every industry.

All of this comes with a caveat, though, as NFL Network still wants to have rights to retain certain games and not give them exclusively to Amazon, as the report explained:

The NFL may decide propping up NFL Network’s value is a higher priority than giving Amazon a full slate of Thursday games. The league is still considering proposals to simulcast Amazon’s Thursday games on the NFL Network or to split Thursday’s games between Amazon and the NFL Network, said two of the people.

Amazon initially began its Thursday Night Football coverage during the 2017 season. CBS and NBC were already partners who’d partnered with NFL Network to present the games, but the games were also available digitally via Amazon Prime Video.

Starting in January 2018, Fox Sports took over from the other major networks as NFL Media’s official partner for Thursday’s primetime matchups, as Amazon re-upped its previous contract with a two-year extension.

What ‘Thursday Night Football’ to Amazon could mean

This massive move in Thursday Night Football programming could be a game-changer, albeit one that’s not too difficult to anticipate.

The CNBC report featured a quote from LightShed analyst Rich Greenfield, who outlined just how big of a deal this is for the future of sports and entertainment:

“This is a pretty watershed event for the TV industry. The fact that now you can get Thursday night games without having any local television — no antenna will work if you’re outside of the home markets.”

More customers are shying away from expensive pay-TV and traditional cable packages in favor of cord-cutting services.

YouTube TV, Hulu Plus Live TV and Sling TV have risen in popularity as subscription-based services that replace regular pay TV. Additionally, the prominence of streamers such as Amazon Prime Video is actually an upgrade over watching TV shows or movies on syndication.

NFL Network and its associated programming became available on YouTube TV prior to last season through a new carriage agreement, but what Amazon is doing is on another level entirely.

In a saturated streaming marketplace with competitors such as Netflix, Disney+, HBO Max and others, Amazon has the resources and preexisting relationship with the NFL to create an even bigger revenue stream and expand its coverage into sports in a way the other streamers simply can’t. Well, at least they haven’t demonstrated such capacities to date, or a willingness to go there.

Amazon isn’t necessarily limiting itself to the TV side of things in terms of expanding its influence in pro football, either. Company founder Jeff Bezos has reportedly expressed interest in becoming the majority owner of the Washington Football Team.

There’s also the added upside of the NFL possibly expanding its schedule to a 17th game, which will only create more revenue for all parties involved, albeit while putting the players themselves at slightly greater risk.

It looks like Thursday Night Football is going to fundamentally change and evolve with the increased demand in streaming. After all, Super Bowl LV marked the lowest TV ratings in 15 years for the Big Game, but produced record streaming numbers.