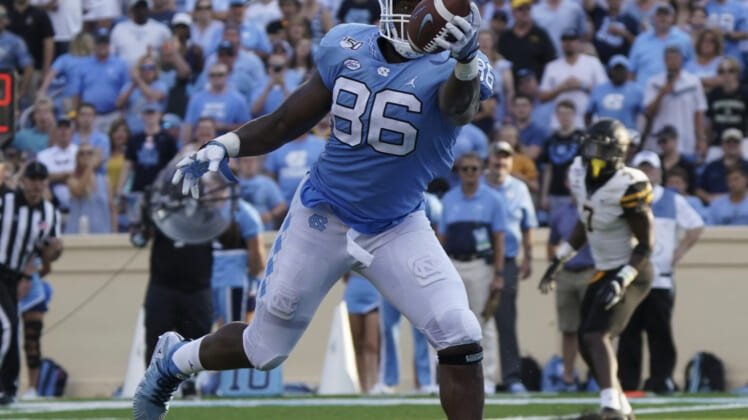 Whether it’s Mac Jones or top recruit Bryce Young under center for the Alabama Crimson Tide, he will have an established tight end to rely on.

All-ACC performer Carl Tucker announced on social media Wednesday that he has decided to transfer from North Carolina to Alabama.

This is no small thing. As a graduate transfer, Tucker is eligible to suit up for the Crimson Tide this coming season.

An All-ACC performer back in 2018, Tucker missed all but three games to injury in 2019. He’s averaging a whopping 15.3 yards per catch throughout his career.

Given the vast amount of talent Alabama is losing to the 2020 NFL Draft, this is no small thing.

Expect Tucker to make an immediate impact for Nick Saban and Co.