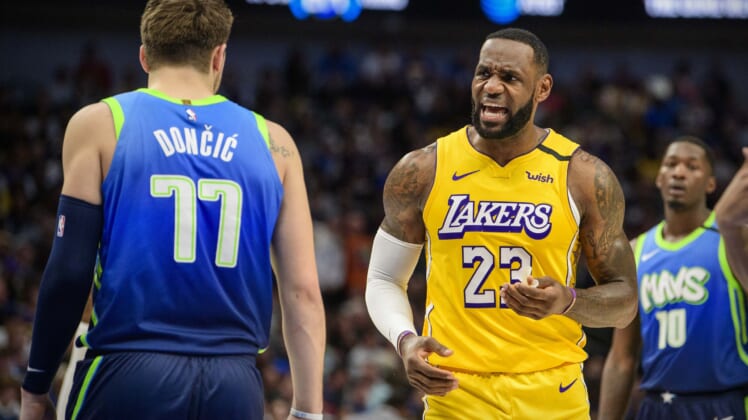 We have no idea when the NBA season will return after it was suspended two months ago due to the COVID-19 pandemic. Heck, it’s not a foregone conclusion that the season will resume.

What we do know is that the NBA is trying its hardest to complete the season. There are certainly some obstacles on this end. However, there’s also a level of optimism across the league for the NBA’s potential return.

If the season resumes, there’s going to be a whole plethora of questions to answer. I delve into them below.

The most-recent NBA plan includes resuming the season in “bubble cities” at Walt Disney World in Florida and the Las Vegas Strip in Nevada. On the surface, there’s a lot of logistical concerns here. Among them, the necessity for tens of thousands of rapid COVID-19 tests for players and personnel. It’s particularly problematic given the NBA must also navigate the increased need for testing from the general public.

Instead of focusing on that, let’s check out why this could work. Both Nevada and Florida have started the process of opening up their states. The Orlando area has also made it clear that testing is available to the public, meaning it wouldn’t look bad if NBA teams tested in a widespread manner. Meanwhile, the Las Vegas area has about 500 active cases of the virus. That’s a pretty big thing when it comes to allowing for an influx of NBA players and personnel.

As to where games would be played in Orlando, the plan focuses on the above-mentioned theme park. As for Las Vegas, games would take place at Mandalay Bay and its affiliate casinos. While there’s been some push back, these two cities remain a viable option for the Association.

Should season continue with the playoffs?

When the season was suspended two months ago, only the Golden State Warriors were eliminated from playoff contention. Despite this, there are 10 other teams without any real hopes of earning a spot in the postseason.

This brings me to an important question. Why would teams pretty much eliminated from contention want to return in the first place? Why not simply move forward with the 16-team playoff slate? There’s a possibility here that the No. 8 and No. 9 seeds play a three-game series for the right to take part in the broader playoff format. Either way, finishing up the regular season seems to make little sense.

Who will the shutdown help the most?

The Philadelphia 76ers come to mind first. Both Ben Simmons and Joel Embiid were dealing with injuries when the season was suspended back in March. For his part, Simmons’ back injury seemed to be pretty darn serious. Now, two months removed from the season being suspended, Simmons seems to be at full health. This is no small thing for a Philadelphia squad that has struggled with consistency and sits as the sixth seed back out.

Out west, I would be ignorant to ignore the fact that LeBron James has had two months of rest. Already playing at an MVP level (more on that later), a rested King James spells doom for the rest of the conference. These are the two teams who have benefited the most from an on-court perspective due to the work stoppage.

What coaches will be sidelined due to risk of exposure?

We already know that once the NBA season returns it will be without fans in attendance. Teams that have started to open up their facilities are doing so taking tremendous precautions to avoid the spread of the virus. That includes a limit of who can be at the facilities and strict social distancing measures.

There’s now an open question about older NBA head coaches. Can they return in bubble cities while still remaining safe from a virus that disproportionately impacts the elderly?

Of those currently in playoff positioning, Houston Rockets head coach Mike D’Antoni (69), would likely be the most impacted. If the regular season were to resume, it’s hard to imagine the great Gregg Popovich returning to the San Antonio Spurs’ bench at the ripe age of 71. This is certainly something the NBA will have to take into account.

Philadelphia is in position to make a strong push now that both of its All-Stars are healthy. However, other teams are in this very same conversation. Dallas Mavericks star Luka Doncic was having an MVP-caliber season before ankle woes caught up to him. Now, 100% healthy, he could have his Mavs in a position to make waves once the season starts up again.

Back east, it would not be a shock of the Indiana Pacers made a run. They had just seen injured star guard Victor Oladipo return from a year-long absence. If he’s now anywhere near 100%, the Pacers could make hay in a wide-open Eastern Conference.

Who is the NBA MVP?

King James. Enough for you? In all reality, the MVP conversation will come down to the Los Angeles Lakers’ star and reigning league MVP Giannis Antetokounmpo. While James Harden might stake claim to being a candidate, these two stand above the rest.

I am going with Mr. James. The reasoning is rather simple. He has the Lakers with the top record in the Western Conference at 49-14. The dude is averaging 25.7 points, 7.9 rebounds and a resounding 10.6 assists per game this season. The only question here is whether the NBA would let voters take into account the playoffs given that the regular season could be truncated.