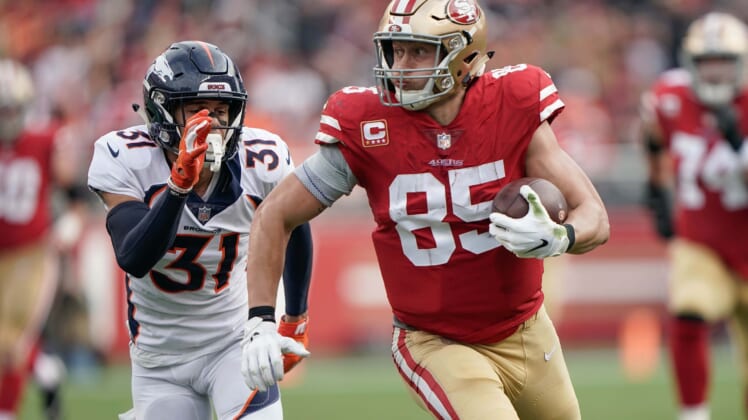 The San Francisco 49ers may be without star tight end George Kittle for their Monday Night Football showdown against the Seattle Seahawks.

As Adam Schefter of ESPN noted Saturday, Kittle was officially listed as doubtful for the big game.

Kittle injured his knee two Thursdays ago in the team’s win over the Arizona Cardinals. He missed the fourth quarter of that game but got a good report after undergoing an MRI on the knee.

On the season, Kittle has caught 46 passes for 541 yards (leading the team in both categories) with two touchdowns. Kittle is also arguably the league’s best run-blocking tight end. He’ll be missed if he is unable to play.