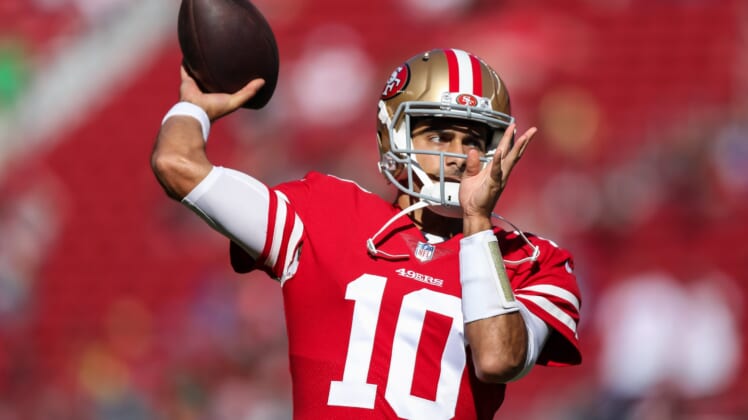 For pretty much the entire day on Thursday, the NFL world was buzzing with reports that the San Francisco 49ers have signed quarterback Jimmy Garoppolo to a five-year extension that will make him the highest-paid player in the NFL.

To the surprise of pretty much no one, the 49ers made that extension official Thursday evening.

“The San Francisco 49ers announced on Thursday that they have signed quarterback Jimmy Garoppolo to a five-year contract extension through the 2022 season,” the 49ers announced Thursday, via the team’s official website.

While the team didn’t release the terms of the contract, it’s said to be worth $137.5 million over five seasons with $74 million in total guarantees. This means Garoppolo is the highest-paid player in the NFL in terms of average annual salary.

Obviously, this also means the likes of Aaron Rodgers, Matthew Stafford, Matt Ryan and Kirk Cousins will find themselves with huge paydays at some point here soon.

In any event, the 49ers have now officially locked up their franchise quarterback for the next five years. The remainder of their offseason will be spent building up the talent level on their roster to compete with the Los Angeles Rams in the NFC West next season.