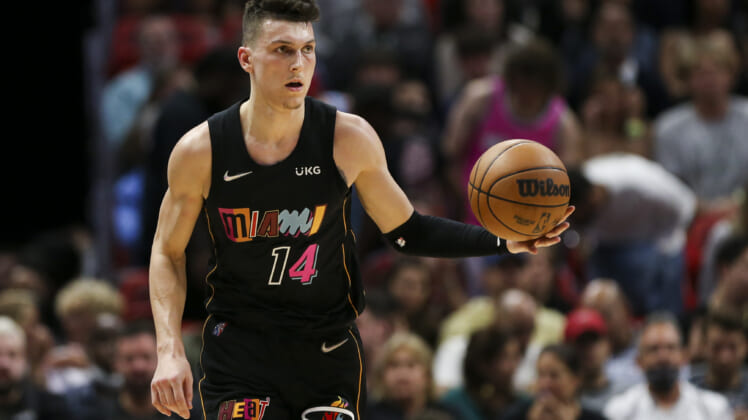 Miami Heat guard Tyler Herro increased his value in a big way in 2021-2022, and it could make him a valuable chip in offseason trades if the team feels they need to overhaul their long-term strategy to win a championship.

Throughout his three years in Miami, Herro has consistently improved his game and become a notable contributor to the team’s success. This season was his best yet as he averaged over 20 points a game and earned Six Man of the Year honors.

However, a groin injury cost him games at the biggest moment in the season during the Eastern Conference Finals. Missing time, in general, has been a frequent issue for the 22-year-old so far in his career. It could be enough of a problem where the team will wonder if they can confidently invest big money in a long term deal in the summer of 2024.

With the Heat just missing out on an NBA Finals trip after falling short in Game 7 of their series against the Boston Celtics, the team could feel they need to make some major moves to improve their chances now and long-term. The talented Herro and his very affordable contract would be valuable to many teams around the league.

If the Miami Heat made the surprising decision to trade Tyler Herro, here are three possible trades that could include this season’s Six Man of the Year.

The New York Knicks are in a tough spot at power forward. Julius Randle is their top player and has the biggest contract on the roster. However, swingman RJ Barrett looks to be in line to become the face of the franchise, and young power forward Obi Toppin is deserving of more playing time. However, a Toppin and Randle front court is not one coach Tom Thibodeau would prefer.

The Heat would benefit from the extra scoring and rebounding Randle can bring. While they may prefer to keep Herro, packaging him in a deal to move Bam Adebayo’s $30 million per year contract after a very mixed run in the playoffs would be worth it. 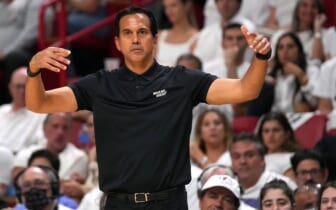 Also Read:
Erik Spoelstra: Overturned 3 was shocking, but not why Heat lost

Adebayo would give Toppin defensive protection in the frontcourt and replace Mitchell Robinson who is headed out in free agency. They would also land a talented bench scorer and three-point upgrade.

The Oklahoma City Thunder are still in the midst of a rebuild, but they do have a few talented building blocks already in house. Shai Gilgeous-Alexander, Georgios Kalaitzakis, and Josh Giddey are all players that have shown the abilities to make this squad a winner sooner than later. Instead of drafting and developing another player with the 12th pick in the 2022 NBA Draft, the Thunder may want to add proven talent instead of prospects. 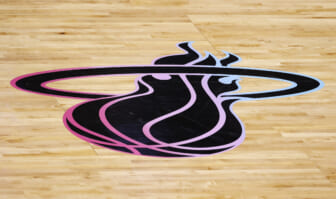 Also Read:
3 moves the Miami Heat must make this summer to return to NBA title contention

Herro would be a great and affordable addition to a young roster with upside and could be the piece to make the Thunder a playoff contender in 2022-2023. For the Heat, they would land a skilled and young big man in Darius Bazley, and a top 15 pick. With it, they could look to find a long-term star as Kyle Lowry and Jimmy Butler exit their prime years.

The Charlotte Hornets are a squad on the rise and adding a player like Tyler Herro might be a savvy play as a backup plan for Miles Bridges. If the organization felt uncomfortable about giving the restricted free agent a max deal this summer Herro could be a solid points replacement for what they might lose if Bridges leaves. If Bridges stays, then the more the merrier as the focus shifts to moving Gordon Hayward.

Similar to the trade with the Thunder, if Miami Heat were able to get a top-15 pick and a solid contributor like PJ Washington in a deal, moving Herro now before he gets more expensive later gives value to a deal for the 15th pick in this year’s draft.