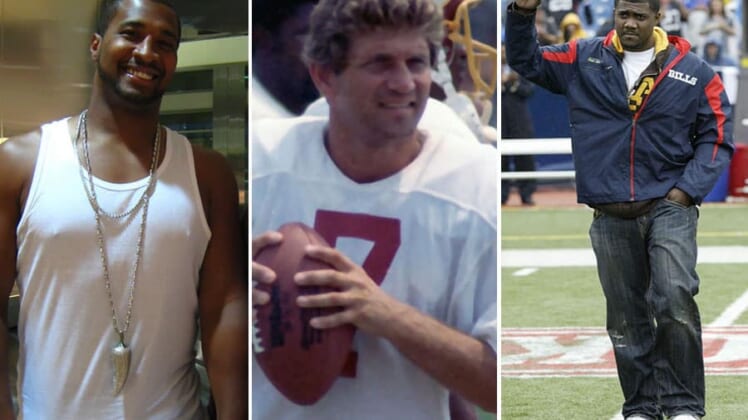 The careers ended too soon… 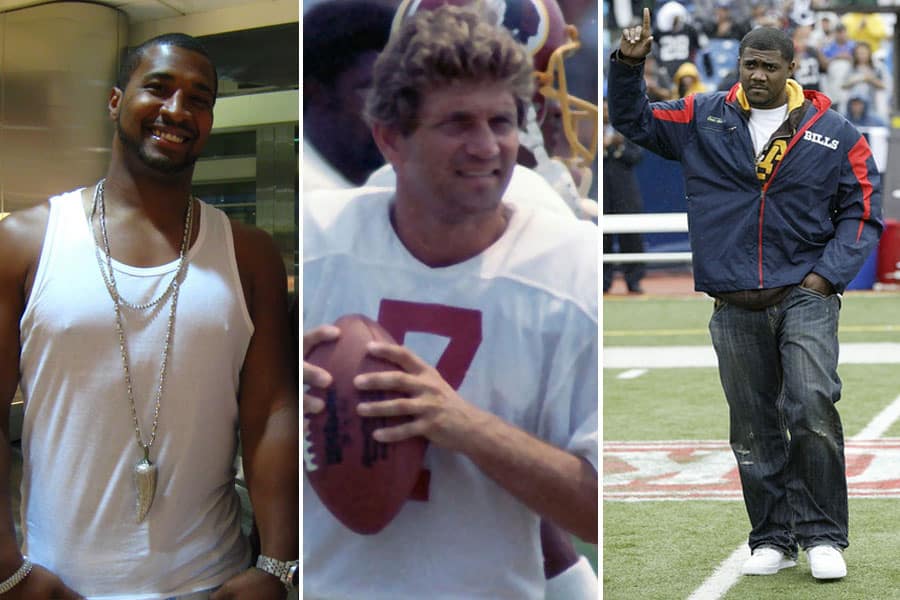 The average NFL career is brutally short when compared to the careers of players in other sports. The main reason for this is pretty obvious, as a pair of 220 pound men running at full speed into each other from less than 15 yards apart is going to cause instant – and delayed – attrition on the body.

Some players get lucky and manage to make it through their entire career without picking up a serious injury. Others are able to play for seven or eight years in the league before bowing out due to the amount of hits they have taken. 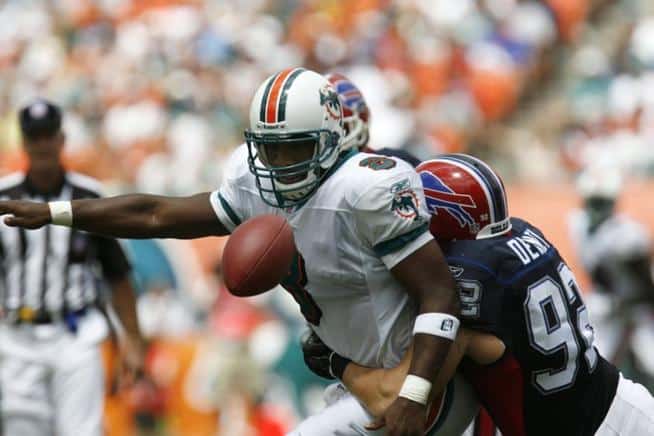 Culpepper was one of those players who seemed to get injured when the world was at his feet. In 2004 he accounted for 5,123 yards of offense, a number that was at that time a record for an NFL quarterback. He was a player with a combination of size, running ability, and passing accuracy, the likes of which the NFL had never seen.

It was the seventh game of the 2005 season when Culpepper’s NFL career essentially ended. He suffered tears of the ACL, MCL, and PCL in a knee, and while he tried comebacks with a variety of teams, he was just never the same dynamic playmaker as before. 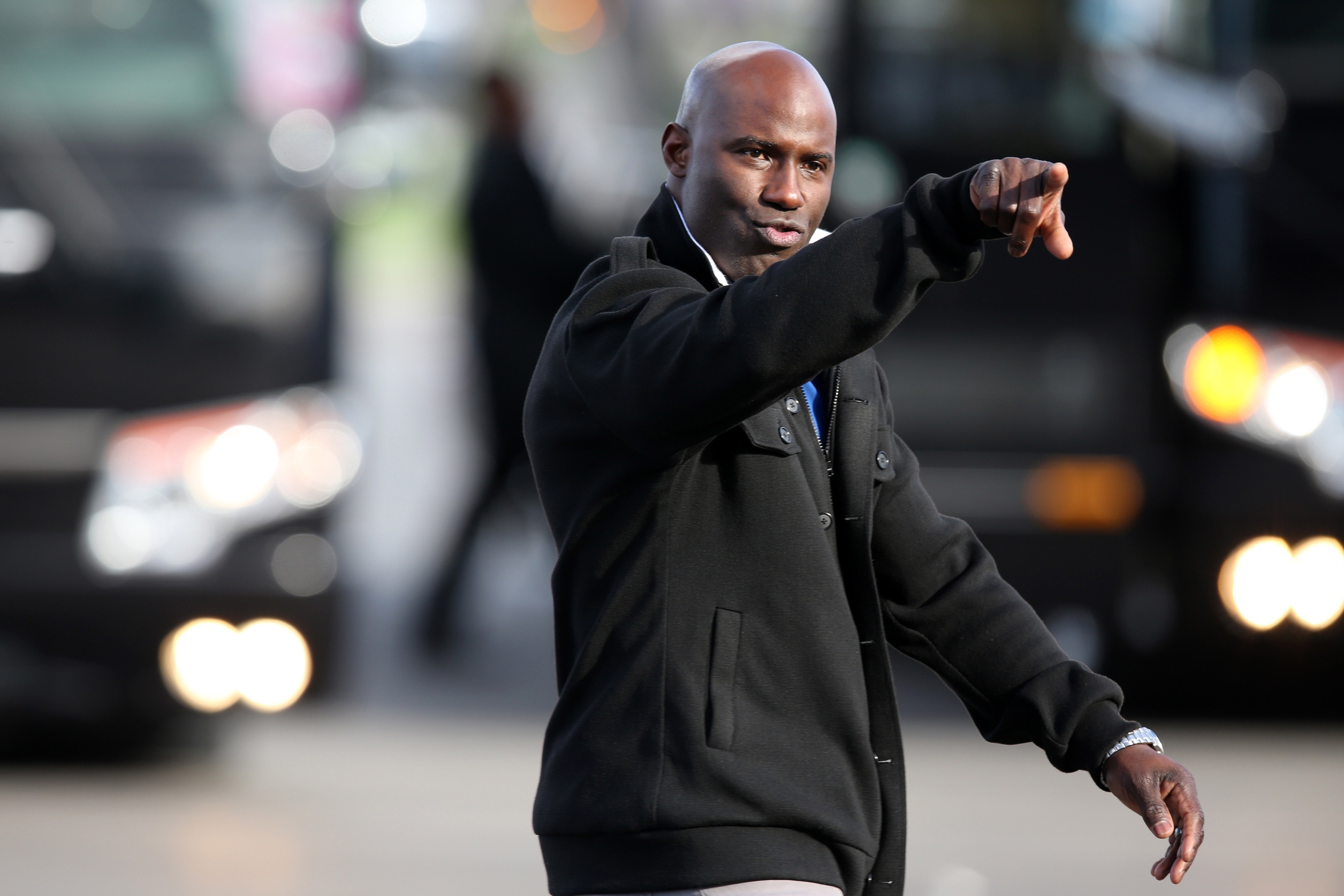 Davis had a stunning four-year career in the NFL before injuries cruelly struck and derailed his chance of becoming one of the greatest running backs of all time. Between 1995 and 1998, Davis rushed for 6,413 yards and 56 touchdowns, including an outstanding 1998 season where he rushed for 2,008 yards and 21 touchdowns.

Injured on a seemingly innocuous play when trying to make a tackle after an interception in 1999, Davis tore the ACL and MCL in his right knee. He was never the same player after the injury, struggling though three more seasons where he battled stress fractures in his lower leg and more surgeries to clean up his knee. 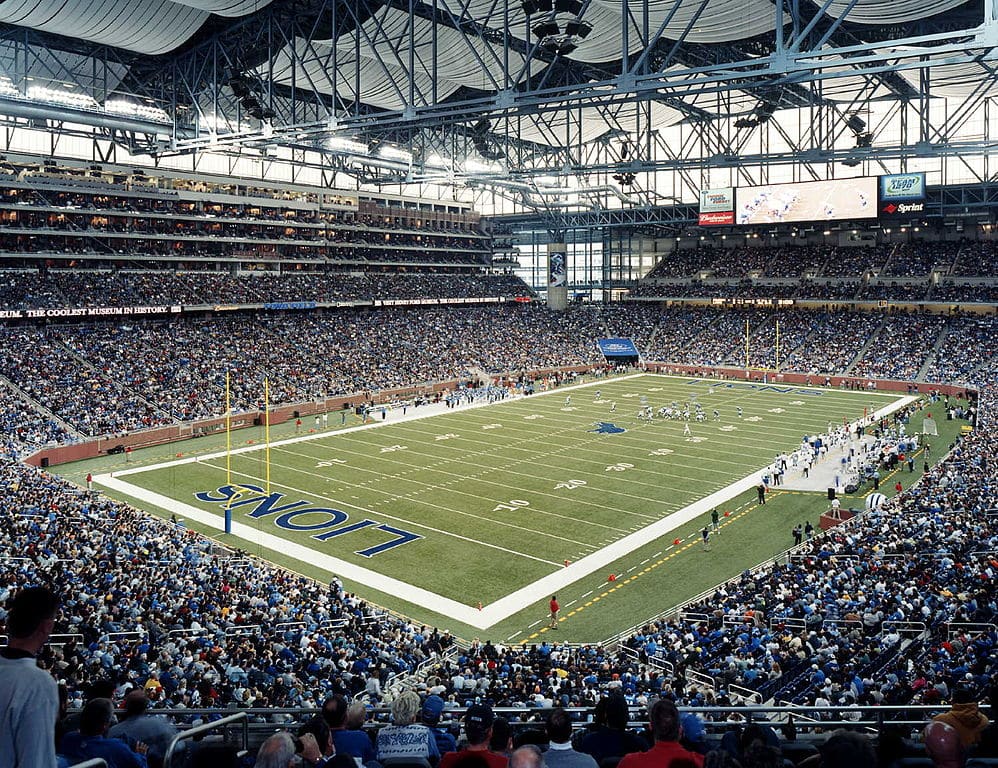 Utley had a short NFL career, but his injury was one that shows the dangers involved with being a football player at any level. Utley was a third-year player for the Detroit Lions and he was entrenched in their lineup as the starting right guard on an offensive line blocking for the legendary Barry Sanders.

In a November game against the L.A. Rams, Utley suffered an injury to his sixth and seventh cervical vertebrae. It was an injury that difficult to recover from, as Utley has been paralyzed below the waist ever since. Given the location of the spinal damage it is a testament to Utley that he has battled back to have full use of his upper limbs, while his foundation has furthered research into a cure for paralysis. 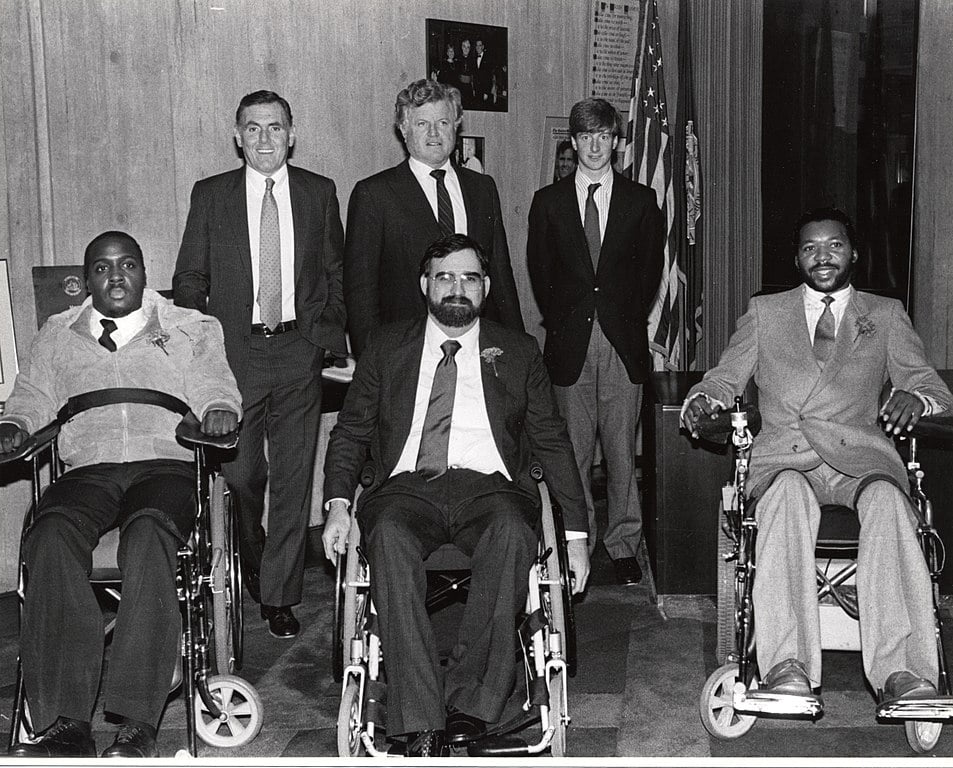 One of the sadder stories on this list, Stingley, shown on the right of the above picture was another player cut down in his prime by a spinal cord injury. Playing his five-year career with the New England Patriots, Stingley amassed 110 receptions for 1,883 yards and 14 touchdowns in the mid-to-late 1970s.

It was in a preseason game in 1978 against the Oakland Raiders where Stingley’s career infamously came to an end. Stingley was hit while reaching for a pass by Jack Tatum in a play that wouldn’t happen with the way the game is played today. The impact of Stingley’s head hitting Tatum’s shoulder pad compressed the receiver’s spine and broke his fourth-and-fifth vertebrae. Stingley passed away in 2007 due to heart disease complicated by his quadriplegia. 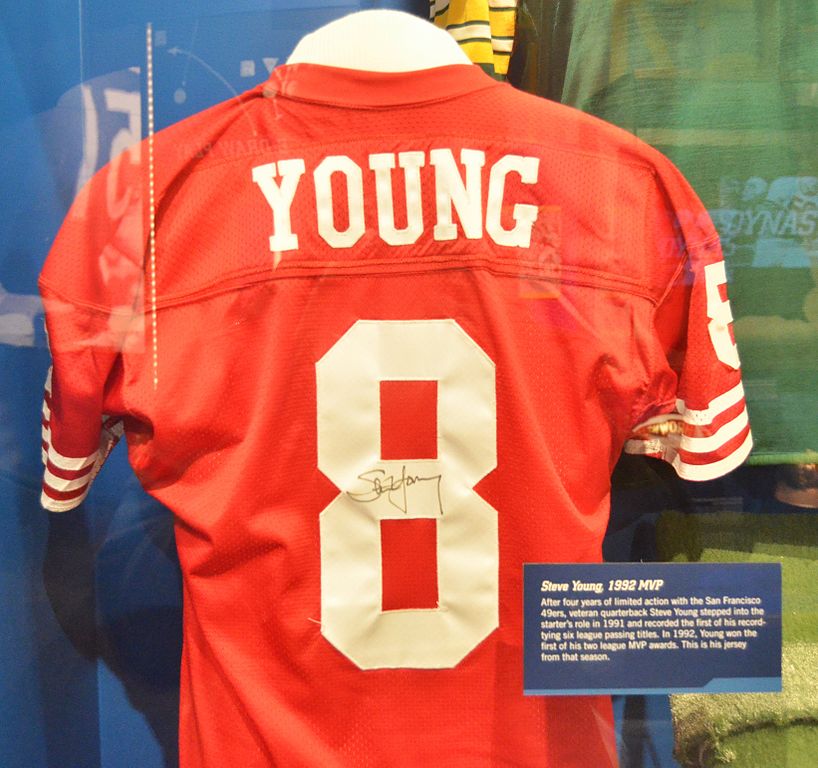 It was pure attrition that caused NFL Hall of Famer Young to hang up his helmet before he was ready. Unfortunately, in Young’s playing days, quarterbacks used to be protected far less by officials than they are today. A first generation running quarterback, Young was no stranger to helmet-to-helmet hits and the concussions that came along with those hits.

It was a concussion that forced Young into retirement in 1999 after he suffered yet another head trauma on an Aeneas Williams sack during a Week 3 game. This was at least the seventh known concussion of Young’s career – the actual number is probably higher – and he walked away from the game for his own future well-being. 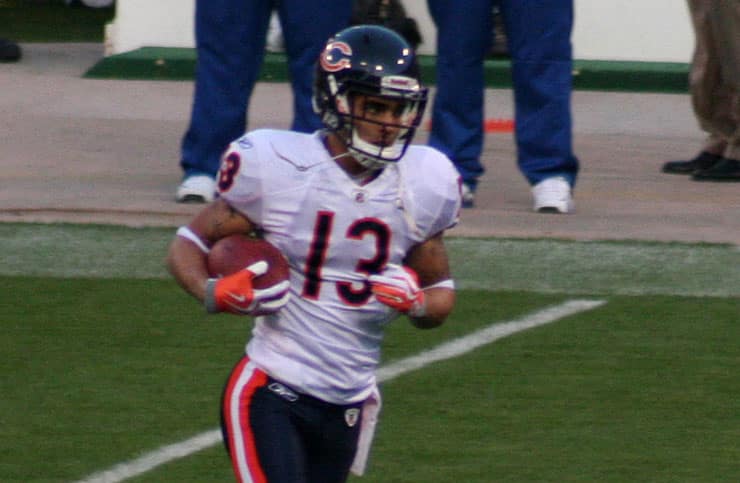 Knox was an Abilene Christian product who had a three season career with the Chicago Bears before being forced to retire from the NFL. Knox’s greatest asset as a player was his speed, with his 4.34 40-yard-dash time allowing him to get seperation from defenders on offense and to be a productive return man for the Bears.

Knox’s career-ending injury was another that happened on a freaky play. He was scrambling to recover a fumble in a 2011 game against Seattle when he collided head-on with Anthony Hargrove. Requiring emergency surgery to stabilize his spine, Knox avoided the worst-case scenario related to an injury of this type, but he is now unable to walk without a limp or stand for prolonged periods of time. 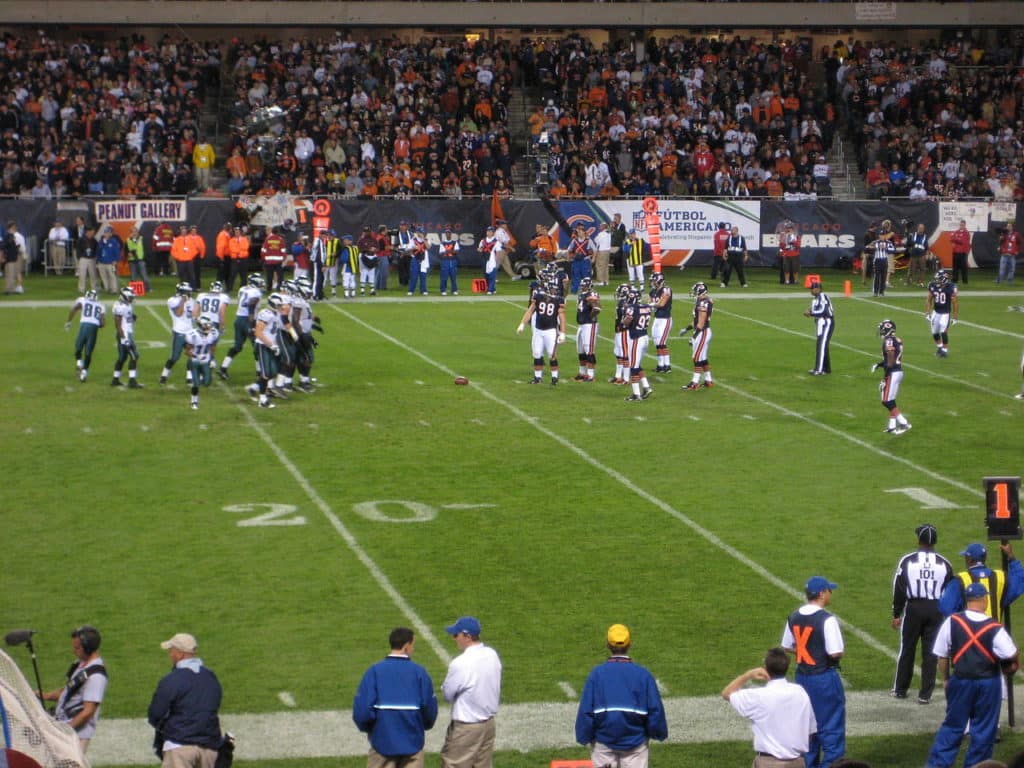 A solid receiver for the Chicago Bears, Davis caught 207 passes for 3,000 yards and 14 touchdowns during his six year NFL career. In an injury that sounds especially brutal, the wide receiver had his career end in a flash when he tore the patella tendons in both of his knees on the very same play.

This tragic event happened during a game against the Philadelphia Eagles in 1993. Planting to catch an underthrown pass, Davis had his feet catch in the unforgiving astroturf at Veterans Stadium. The force of being pulled to the ground caused his tendons to rupture, with doctors finding his kneecaps had been pushed deep into his thighs as a result of the trauma. 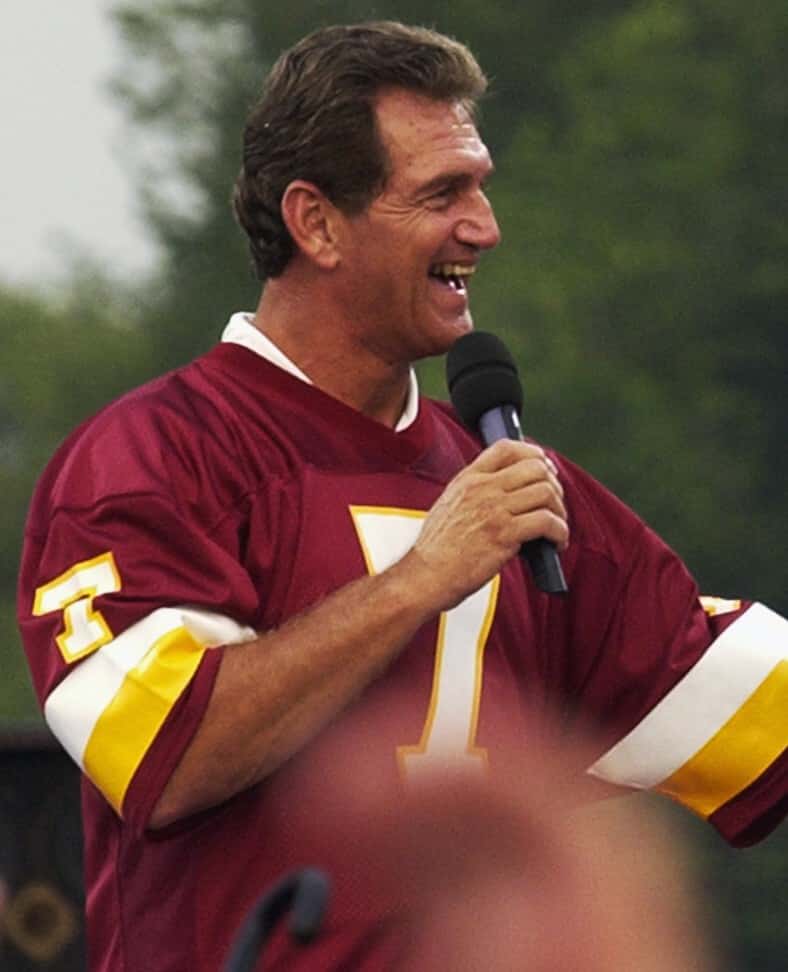 Anyone who watched this particular injury live will have the gruesome image of it burned into their mind forever. It was one of the first major injuries to be shown on national TV, as Theismann had his career finished in an instant by one Lawrence Taylor tackle during a Monday Night Football telecast.

Attempting a flea-flicker in the second quarter of a game against Taylor’s New York Giants, the linebacker was not fooled at all on the play. Taylor’s knee drove into – and basically through – Theismann’s lower right leg, with the quarterback suffering a compound fracture of the tibia and fibula. 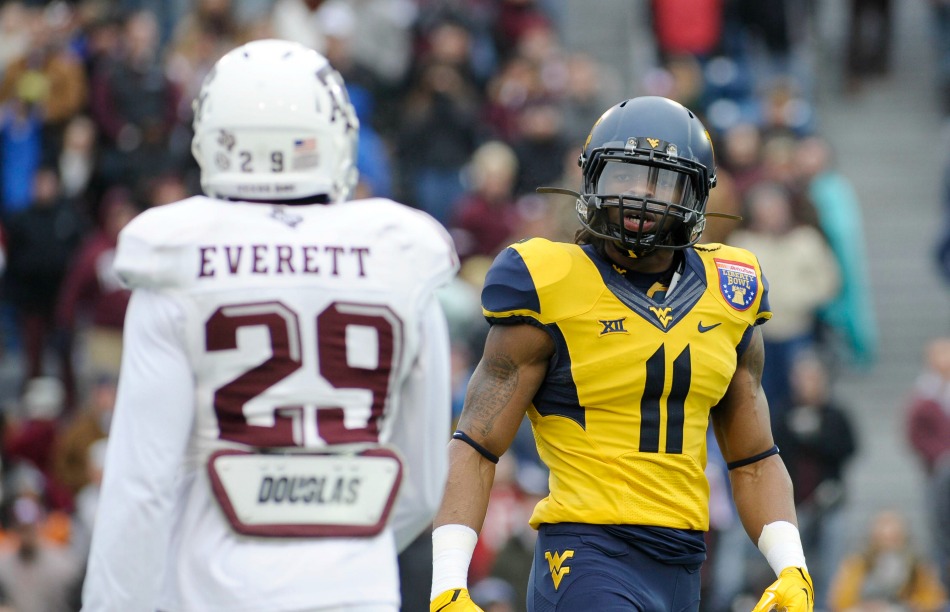 In a play that pushed the NFL to consider the injury risks associated with special teams play, Everett was injured in Week 1 of the 2007 NFL season. The third-year player for the Buffalo Bills raced down the field in kickoff coverage, only to suffer a catastrophic injury when trying to bring down Denver Broncos return man Domenik Hixon.

Everett suffered both a fracture and dislocation of his spine on the play and he had to have surgery to put a plate and screws into the spinal column to ease pressure on the spinal cord. Everett was unable to move anything other than his eyelids on the field after the incident, but pushed through his life-threatening injuries to walk by December of that year. 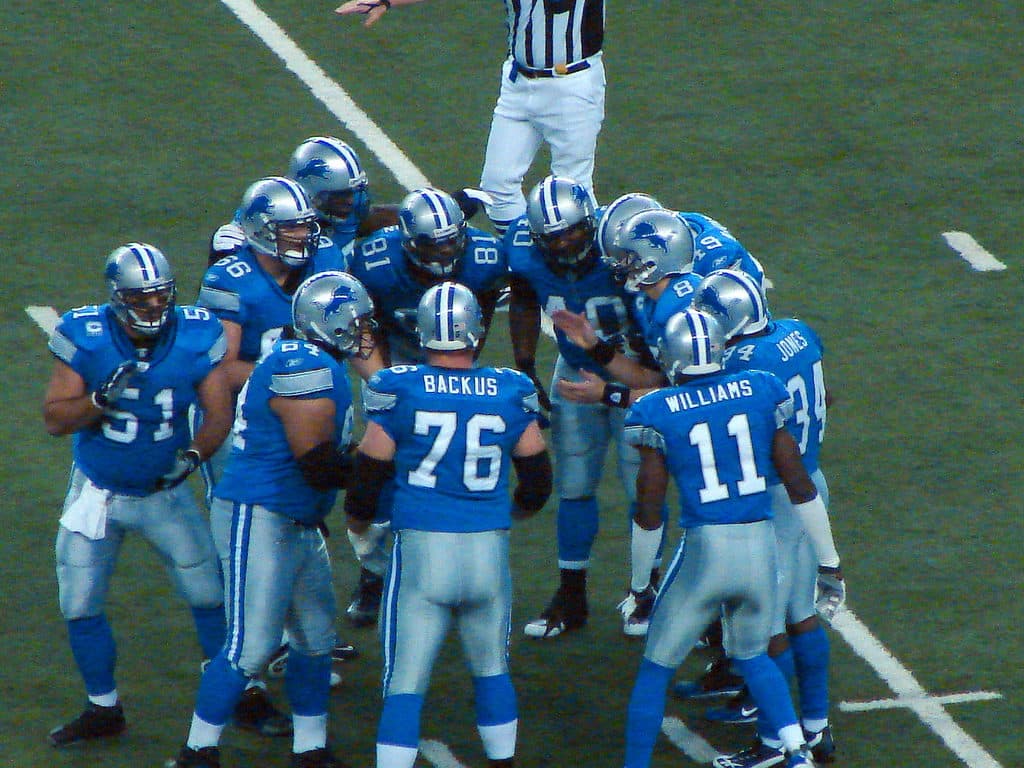 Brown was taken by the Detroit Lions in the first-round of the 1996 NFL Draft and he was expected to be a cornerstone piece for the organization until at least the turn of the century. It was near the end of his second season in the league when Brown suffered a career-ending injury, a season where he had shown so much promise with 2.5 sacks and a pair of interception returns for touchdowns.

A tackle assist on a play against the New York Jets would prove to be the final action of Brown’s NFL career. A spinal cord contusion saw Brown collapse motionless on the field, and CPR was administered to save his life. Brown’s recovery post-football has been strong, due to emergency surgery keeping him out of a wheelchair and on his feet. 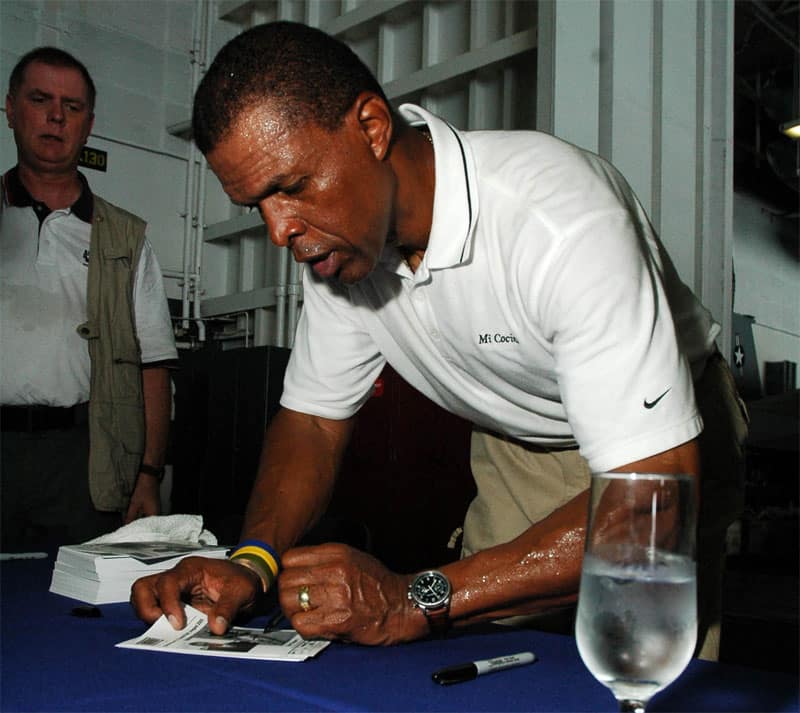 The Kansas Comet’s injury story is a frustrating one because if his problems had occurred 20 or 30 years later, Sayers would likely have been able to return to the gridiron. Limited to just five seasons of play before the injuries struck, Sayers was a running back of nearly unparalleled skill who scored a record-equalling six touchdowns in one game during his rookie season.

In 1968 he tore the ACL, MCL and suffered meniscus damage in his right knee. Medical techniques at the time had no real way of repairing the injury, essentially ending Sayers’ career because the injury was before its time. 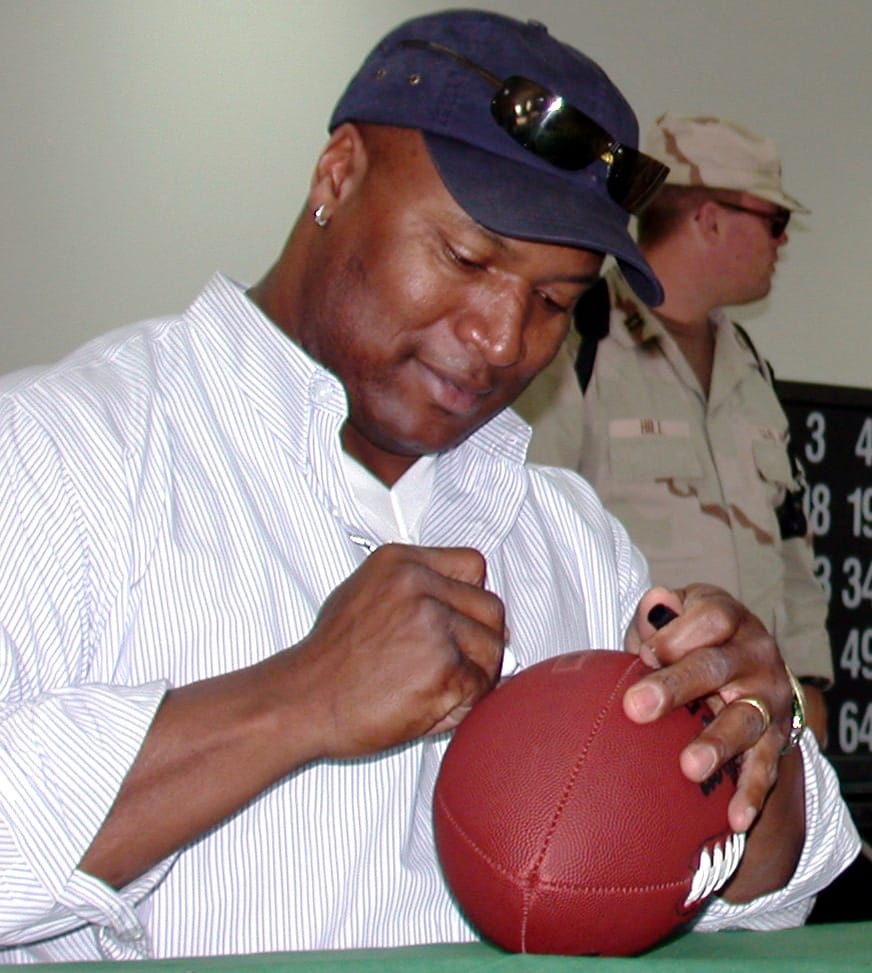 Perhaps the most famous NFL career-ending injury of all time belongs to Jackson. The multisport athlete excelled as both a football and baseball player, tearing up the gridiron during his college days at Auburn, before going pro in both sports.

Jackson’s athletic career was cut short by an injury sustained in a game against the Cincinnati Bengals in 1991. In what appeared to be a routine tackle at the end of a 34-yard run, Jackson dislocated his hip. The injury was compounded by a fracturing of the hip bone and the bone tissue in the joint actually dying due to a lack of blood supply. Jackson never played another down of football.