10 most underrated players in the NFL today 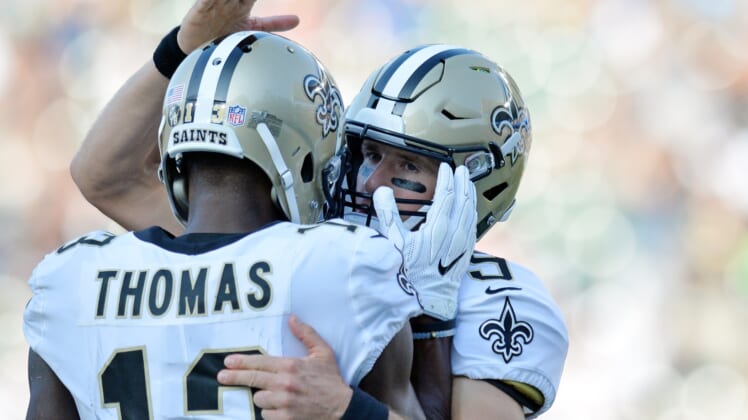 Every single year around the NFL, a plethora of previously unknown players step up big time and make names for themselves.

As we head into the 2019 season, let’s continue with this theme by checking in on the 10 most underrated players in the NFL today.

After what many believed to be a ho-hum rookie season in 2017, this former second-round pick showed out in a big way as a sophomore. He ranked fourth in the NFL with 1,168 rushing yards and added 43 receptions to go with a 78.2% catch rate. That was with Cincinnati relying on below-average quarterback play. Now with an offensive minded first-year head coach in Zac Taylor, we’re expecting Mixon to take that next step.

Prior to last season, most of the talk surrounding Minnesota’s defense was Everson Griffen. Based primarily on off-field issues, he remained a focal point in 2018. All the while, the still young 24-year-old Hunter was dominating. He tallied 19 quarterback hits and 14.5 sacks en route to earning his first ever Pro Bowl appearance. Hunter has now tracked down the quarterback 34.5 times over the past three seasons.

Thomas is breaking from that theory that productive Saints receivers are more of a product of Drew Brees and Sean Payton than anything else. Three consecutive great seasons have changed the narrative here. Since entering the league back in 2016, Thomas has hauled in 321 passes for 3,787 yards and 23 touchdowns. Last season alone, he caught an absurd 85% of the 147 passes thrown in his direction while leading the NFL with 125 receptions.

We mentioned Jackson’s teammate, Kyle Fuller, at the top of this article. But while Fuller was out there making a name for himself in 2018, this second-year player was dominating. Jackson posted 51 tackles, 15 passes defended, six interceptions and two touchdowns en route to earning All-Pro honors. He also yielded a sub 65 quarterback rating when targeted. Still only 26 years old, there’s a lot of room to grow. Given that he’s already among the best free safeties in the NFL, that’s scary.

Conner’s brilliant sophomore campaign was overshadowed in a way by the Le’Veon Bell holdout and the drama we saw surrounding his now former teammate, Antonio Brown. But make no mistake about it, Conner is going to be an elite presence in Pittsburgh’s backfield for years to come. Last season saw him put up 1,470 total yards and 13 touchdowns while averaging 5.4 yards per touch. Conner also caught 77.5% of the passes thrown in his direction.

When you are a defensive lineman on 4-12 team, not many casual fans are going to know about you. That’s why Buckner continues to fly under the radar. Even then, his 2018 season was certainly something to write home about. The former top-10 pick, Buckner recorded 20 quarterback hits and 12.0 sacks. He also posted 17 tackles for loss. All three numbers ranked second among defensive tackles behind two-time reigning Defensive Player of the Year Aaron Donald.

After being considered a bust during a four-year stint with the Lions, Ebron resurrected his career big time with Andrew Luck and the Colts last season. Ebron hauled in 66 passes for 750 yards and a whopping 13 touchdowns. Those scores represented two more than what he scored in four seasons with the Lions.

We’re pretty darn excited to see how Jones performs in a new defense with the recently acquired Frank Clark. First-year coordinator Steve Spagnuolo should get the most out of this pass rusher. If so, that’s scary for opposing AFC West offenses. Jones recorded 29 quarterback hits and 15.5 sacks during a stellar 2018 season. With Dee Ford and Justin Houston gone from Kansas City, we’re expecting him to become a household name next season.

How can the reigning NFL Offensive Rookie of the Year be underrated? It’s rather obvious. The Giants are still receiving flack for selecting Barkley over current Jets quarterback Sam Darnold in the 2018 NFL Draft. Given Barkley’s performance last season, that makes him underrated. The Penn State product tallied a league-best 2,028 yards from scrimmage while adding 15 touchdowns. That’s just ridiculous.

It remains to be seen how much longer Harris is going to be a member of the Broncos. He has requested either a pay raise or a trade. No matter where Harris ends up 2019, he’s going to remain the NFL’s best slot corner. The past five seasons have seen Harris earn four Pro Bowl appearances while yielding a sub 75 quarterback rating when targeted. Oh, and he has 12 interceptions to his name during that span.