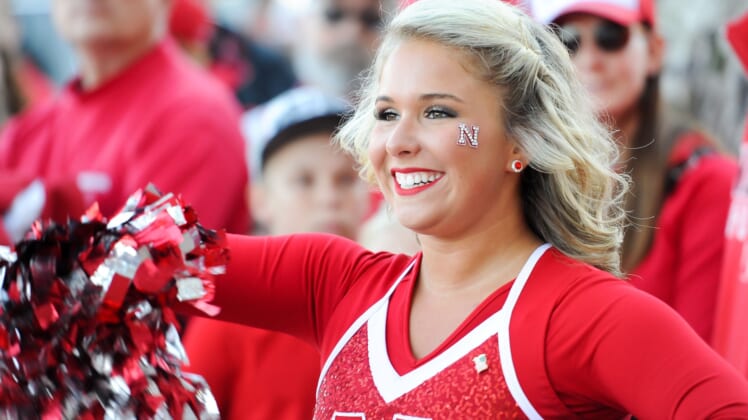 One of the delights of every college football season is when a few teams across the country break on to the scene and surpass expectations. Now as the 2019 season approaches, we draw ever closer to a new group of breakout programs emerging.

A breakthrough season can be achieved in many ways. Often it’s a top-15 team emerging as a contender for the College Football Playoff and making a run late in the year. Of course, it can also be a sub-.500 program experiencing a massive turnaround and returning to relevance the following season.

Here are 10 college football programs that could breakout in the 2019 season.

Jimbo Fisher’s first year with the Aggies saw the development of a star quarterback, landed a top recruiting class and the team finished with nine wins. Now Texas A&M is ready to take an even bigger step forward in 2019.

Kellen Mond will be the MVP of this team and a second year in Fisher’s system will yield even better results for this offense. The Aggies should also see sophomore running back Jashaun Corbin thrive in an increase role and help strengthen an excellent offense. There’s enough talent to reach double-digit wins and if the Aggies only losses come against Alabama and Clemson, they will have a case for a top-four spot.

Washington relied on its defense in 2018 to carry it to wins. Fortunately, that won’t be necessary for 2019. Quarterback Jacob Eason is more skilled than Jake Browning and will ultimately open up this offense for bigger plays and more points. Now pair that with a loaded defense more than capable of shutting down Pac-12 offenses, and the path to a lot of conference wins becomes clear.

The Huskies will benefit from Oregon, USC and Utah all coming to Seattle as well. It will go a long way in helping a team talented on both sides of the ball, especially in the trenches, return to dominance in 2019.

Everyone is waiting for “The U” to return to prominence and perhaps it might finally happen in 2019. Head coach Manny Diaz will inject some desperately needed life into the program and linebacker Trajan Bandy will anchor a strong defense once again.

This will ultimately come down to the quarterback. Tate Martell offers the potential to be an impact player at the most important position for the Hurricanes, but it will all come down to consistency and execution. If he lives up to the hype, the Hurricanes will be a top program this year.

Years of bad coaching hires and missing on quarterbacks did significant damage to a former top program. We might finally begin to see signs of positive change in Knoxville for the Volunteers this coming season.

The arrival of offensive coordinator Jim Chaney will help quarterback Jarrett Guarantano take the necessary step forward in an offense that already has some nice weapons. If Tennessee can reach eight wins and make a bowl game, optimism will be back with fans singing “Rocky Top.”

It would be an understatement to call Kevin Sumlin’s first year in Arizona a disaster. Quarterback Khalil Tate was dragged down by an ankle injury that limited his game-changing ability. Meanwhile, Sumlin’s offense also took away some of the things Tate did best.

Hopefully, a full year together will help Sumlin and a healthy Tate mesh so the Wildcats can deliver an explosive offense. The Tate-J.J. Taylor backfield can be thrilling to watch. And with some further progression from this defense, Arizona could experience a three-game improvement this coming season.

It’s not often a top quarterback falls right into your laps. When Kelly Bryant announced he would transfer from Clemson, Missouri quickly worked to land one of the country’s top quarterbacks.

Bryant will lead an offense that certainly doesn’t lack in weapons. Tight end Albert Okwuegbunam will be Bryant’s go-to target and wide receiver Johnathan Johnson will also be a great weapon. The return of key starters on both sides of the ball will be huge for Missouri this year Pair that with a light schedule, and it provides the recipe for a top-20 season with an even higher ceiling.

The Black Knights march into the 2019 season with plenty to feel good about. Quarterback Kelvin Hopkins Jr. is back and ready to dominate once again in the triple-option attack versus a soft schedule of opponents.

Army’s only real test this season will come in the second game against Michigan. While the Wolverines will obviously be favored, Army’s triple-option offense could cause some problems and even put Michigan on upset watch. Even a one-loss season could send the Black Knights to a New Year’s Six bowl appearance and get a lot of people across the country excited.

Scott Frost used his first season as Nebraska’s head coach to sketch the blueprints for what he wants this program to become. This season will be Frost’s chance to start turning the blueprints into reality and quarterback Adrian Martinez will be pivotal in putting it all together.

Nebraska ended the season on a bright note with a 4-2 record after six consecutive losses. Experience is everything at the collegiate level and the Cornhuskers will have a lot more of it in 2019. If Martinez can make the jump he’s expected to and Nebraska’s defense can be a little more reliable, this might be a top-15 team when the year is over.

While the ACC will be dominated by Clemson once again in 2019, the Cavaliers are a program on the rise. Quarterback Bryce Perkins returns in what will be a key year for him after the offense lost several skill players, but taking the next step could help cover for some of the personnel losses.

Virginia’s schedule isn’t easy. Matchups against Notre Dame, Miami and the rival Virginia Tech Hokies will provide some tough competition. Fans should still be confident given what head coach Bronco Mendenhall built with even more room to grow. Don’t be surprised if the Cavaliers hit 10 wins and secure the Commonwealth Cup.

Few programs in college sports offer as wide of a range in outcomes as the Trojans in 2019. USC could finally return to its glory as a powerhouse capable of contending for a playoff spot. Of course, Clay Helton could also lose his job in the middle of the season and the fan base would once again have to hope the athletic department would finally make the right hire.

There’s no denying the amount of talent on this team and offensive coordinator Graham Harrell could be the mastermind to put it all together. Unfortunately for USC, its schedule will not allow any real margin for error on a weekly basis.

Stanford, Utah, Washington and Notre Dame will all provide difficult competition and a 2-4 or 3-3 start to the season would likely seal Helton’s fate. If the Trojans can overcome it and travel to Notre Dame undefeated, then this sleeping giant might finally wake up and dominate once again.