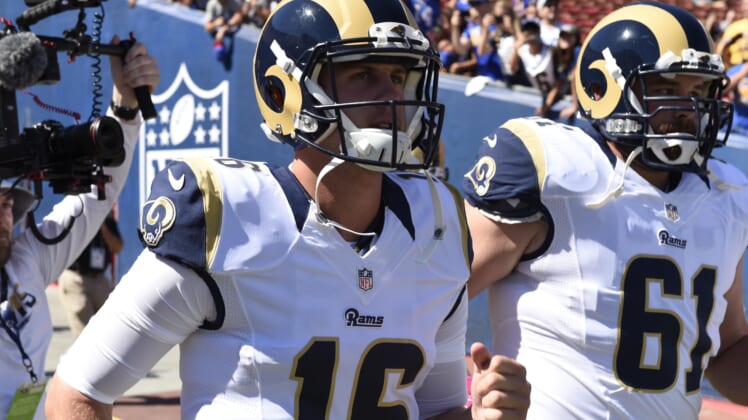 The 2018 NFL Pro Bowl taking place this Sunday, Jan. 28, will feature some of this past season’s finest athletes. One thing to look forward to from last year is more veteran participation.

Starting with the quarterback position, this year’s roster looks to deliver much more excitement than fans saw in the last Pro Bowl. What is not to like about Ben Roethlisberger, Philip Rivers and Derek Carr squaring off against Drew Brees, Russell Wilson and Jared Goff?

This year’s running back slate should be amazing and fun to watch, too. The Saints’ record-breaking duo will combine with this year’s league MVP on the NFC team.

On the AFC side, we will see some Jacksonville Jaguars’ fan-favorite defenders joining the likes of Los Angeles Chargers cornerback Casey Heyward and Houston Texans outside linebacker Jadeveon Clowney.

To get us in the mood for some All-Star fun for this weekend’s Pro Bowl game, we have made the following 10 bold predictions.

With the cast of stars lining both the NFC and AFC rosters, there are bound to be plenty of points scored on all sides. As such, we are predicting that the teams combine for more than the sleepy 33 points totaled in last year’s Pro Bowl.

With the aforementioned quarterbacks competing, this is bound to happen. They will be throwing to some talented pass-catchers like Antonio Brown, Keenan Allen and Jarvis Landry on the AFC team. In the NFC, Davonte Adams, Michael Thomas and Larry Fitzgerald should wow us with some thrilling plays, too.

As far as the running backs competing, we have some projections forthcoming shortly. Boldly, we are predicting at least 66 points will be scored between both teams on Sunday. 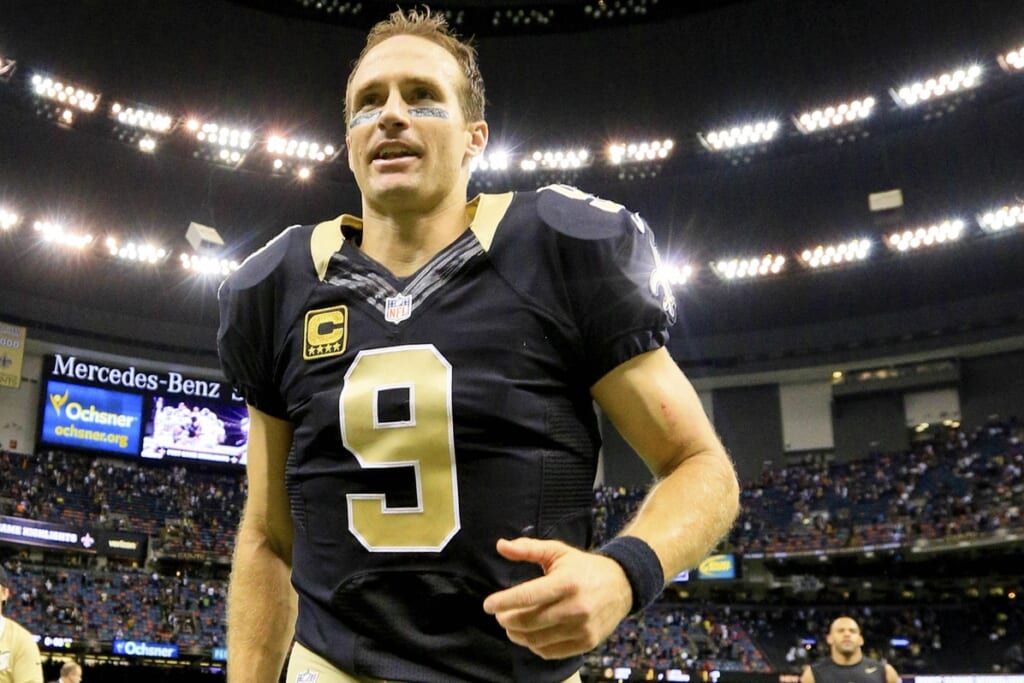 This year’s NFC quarterbacks, (Brees, Wilson and Goff) threw only 26 interceptions in 1,566 passing attempts in 2017 and passed for a sweet 85 touchdowns.

Therefore, we envision a heck of a lot more touchdowns than interceptions in this game. Zero is exactly what we are predicting as far as picks. Though this might not be easy against some of the AFC’s best defensive backs. The three quarterbacks will be throwing against the likes of Jacksonville’s Jalen Ramsey, Denver’s Aqib Talib, Baltimore’s Eric Weddle and Buffalo’s Michah Hyde, just to name a handful.

We will see soon enough if this group of defenders can throw a dart into the balloon of our prediction.

The trio of Big Ben, Antonio Brown and Le’Veon Bell did not make it as far as their fans would have liked in the postseason. But Roethlisberger, Brown and Bell will have one more opportunity to light up the board together when Sunday’s Pro Bowl kicks off.

We predict three touchdowns from Pittsburgh’s popular “Killer B’s.” But, scoring may be tough against some NFC defenders such as Buccaneers’ Kwon Alexander, Saints’ Marshon Lattimore and Cardinals’ Patrick Peterson.

Though, it was not uncommon for both Bell and/or Brown to personally post two scores in any given game in 2017. Both accomplished this three times each in 2017, which included the Wild Card Game.

So, do we think he might catch an errant pass from either Big Ben, Rivers or Carr? Heck yeah, Slay could. These three quarterbacks threw 37 combined interceptions in 2017.

Now it is just a matter of which quarterback(s) and receiver(s), Slay busts in coverage. 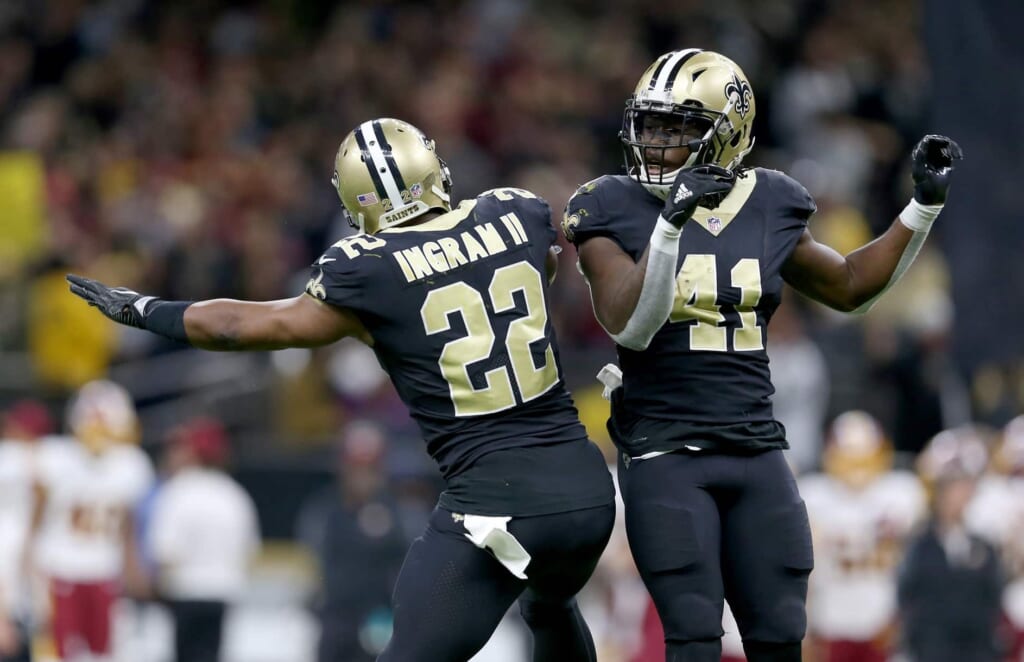 These three running backs are going to be absolute dynamite together on the NFC team. The three piled up a ridiculous 5,387 total scrimmage yards and 44 touchdowns in 2017. These are mind-blowing numbers.

So, we expect a heavy dose of yards from this dangerous trio. The 200 yards is a bold number taking into account last year’s rushing yards combined from both Pro Bowl teams added up to a meager 72.

But, we predict a far-less boring game when Gurley, Ingram and Kamara team up and each scores a touchdown, just for thrills.

Kareem Hunt takes one to the house on the opening drive

Not to be overshadowed by the NFC running backs is Kansas City Chiefs Hunt. The rookie put up a stunning season of his own in 2017, piling up 1,782 total yards and 11 touchdowns. He proved to be lightening in a bottle after posting a 63-yard long rush and a 78-yard catch-and-run touchdown.

No wonder Hunt was selected to the Pro Bowl, where we predict he’ll conjure more magic. It would not be surprising to see Hunt take a hand-off or short pass and quickly disappear, leaving his defenders in the dust as he finds the end zone.

The misfortune of losing last Sunday’s AFC Championship Game against the New England Patriots sends some elite Jaguars defenders to play in the Pro Bowl. This is when we predict “Saxonville”  — featuring Calais Campbell and Malik Jackson — strikes at least twice.

The Jaguars cannot go for blood in a Pro Bowl, but they may gently get the upper hand and pressure those NFC quarterbacks we discussed earlier. It’s worth noting that Brees, Wilson and Goff endured 88 sacks combined in 2017.

Therefore, the Jaguars throwing some monkey wrenches into their productions does not seem unreasonable. Star offensive linemen Tyron Smith of the Dallas Cowboys and Goff’s very own Andrew Whitworth, just mention two, will have the tough task of protecting their quarterbacks.

Every now and this Rams punter tries his hand in a trick passing play (like this). We are suggesting the NFC team might just try to get cute and sneak in a play when Hekker goes for a pass, rather than a punt.

Over his six seasons playing with the Rams, Hekker has completed 9-of-15 passing attempts for 137 yards and one touchdown. Sometimes the only way to fool the other team is to attempt an unexpected passing play.

Even if it is just for fun, we would love to see Hekker pull the wool over the eyes of his AFC opponents. 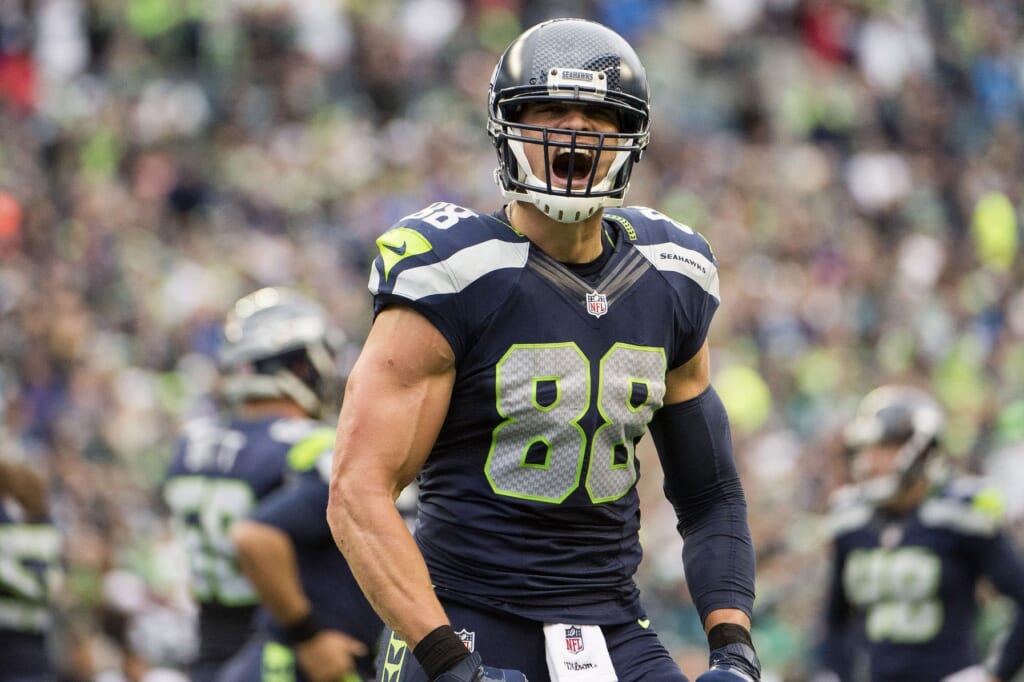 Might a Graham goal-post dunk celebration be on tap? The Seattle Seahawks tight end easily has a chance of scoring, catching passes from either his current quarterback or the one from his past.

In 2017, Graham scored 10 touchdowns off the hand of Wilson, which was the most of any of his teammates. And, during Graham’s five seasons playing with the New Orleans Saints (2010-14), Graham and Brees connected for 51 touchdowns.

If worse comes to worse and Graham does not score with Wilson or Brees, he stands an awfully good chance to make this happen with Goff, who threw for 28 touchdowns in 2017.

Either way, we bet the tight end exercises his right to celebrate a touchdown NBA style on Sunday.

Speaking of Goff, what if he takes this game by storm and wins MVP for the NFC this year? After all, he was one of the most improved players last season compared to his dismal 2016 rookie campaign.

He might just pass for more yards than Brees and Wilson, and he has his guy Gurley in place to help him accomplish this task.

On the AFC side, we are going to predict Hilton earns MVP honors. He is an excellent talent who was suffocated on a bad Colts offense in 2017. In this year’s Pro Bowl he will get to catch passes from three quarterbacks much better than Jacoby Brissett.

Despite Hilton’s lack of targets in 2017, he averaged an impressive 16.9 yards per reception. This marked the highest yards-per-catch compared to any other team’s No. 1 receiver last year.