10 biggest dumpster fires in the NFL 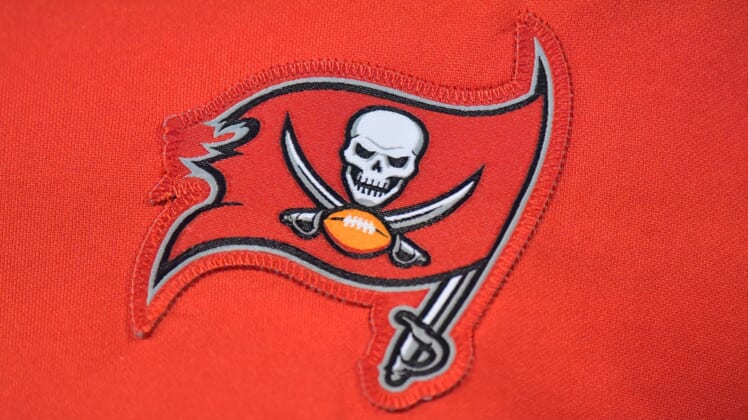 There have been a plethora of questionable decisions from NFL front offices this offseason. That includes the New York Jets’ decision to fire their general manager and give first-year head coach Adam Gase the keys to the kingdom.

Further west, the Oakland Raiders are seemingly at a breaking point as they prepare for relocation to Las Vegas. Meanwhile, we’re openly wondering what is happening in Arizona.

These are the 10 biggest dumpster fires in the NFL as the league prepares for its 2019 season.

Let’s peel the band-aid off right now. These Jets are now the biggest joke in the entire NFL after giving Adam Gase the power to run the front office following the firing of Mike Maccagnan as general manager. Sure Maccagnan was horrible in that role. But Gase’s track record (or lack there of) in Miami isn’t indicative of success in this new role. Now that it’s being noted Gase was not happy about the Le’Veon Bell signing, we’re openly wondering how that situation is going to play out. It’s not great optics for an organization headed by young quarterback Sam Darnold.

Prior to trading Josh Rosen to the Miami Dolphins during the 2019 NFL Draft, Cardinals general manager Steve Keim had been avoiding the quarterback. This came a calendar year after the Cards traded into the top 10 to land Rosen. It’s just a continuation of the issues we’ve seen with this organization. One now has to wonder how the Kliff Kingsbury and Kyler Murray dynamic is going to work. Kingsbury has no pro coaching experience and was less than successful as a head coach in college. Things could turn ugly here.

The Raiders, led by first-year general manager Mike Mayock, sent pretty much their entire scouting staff home just days before the 2019 NFL Draft in April. Questionable decision making at the top of the draft led to even more issues. Add in Jon Gruden’s MO in shaping this roster, and one has to wonder if any type of consistent success is possible in Oakland. That’s magnified by the on-again, off-again relationship between Gruden and franchise quarterback Derek Carr. The hope here is that the Raiders’ last season in Oakland before relocating to Las Vegas isn’t a complete dumpster fire.

Did the Giants salvage any short-term hope by surprisingly selecting Duke quarterback Daniel Jones No. 6 overall in the 2019 NFL Draft? As of right now, the answer to that question has to be a resounding no. This came a little more than a month after general manager David Gettleman traded star receiver Odell Beckham Jr. for pennies on the dollar. Now committed to Eli Manning for the 2019 season (and potentially beyond), one can’t even say the Giants are in rebuild mode. Rather, they are simply irrelevant on the broader NFL stage.

Bruce Arians is already attempting to make an impact in his first offseason as the Bucs’ head coach. That has included calling out star defender Gerald McCoy and young cornerback Vernon Hargreaves. Known as a player’s coach, it is somewhat of a change in philosophy for Arians. Equally as questionable, Tampa Bay retained general manager Jason Licht after firing head coach Dirk Koetter. As we’ve seen with the New York Jets, that might not be a recipe for success. Add in Jameis Winston looking like a complete bust and expectations for the 2019 season have to be muted.

Where to start here? Jacksonville entered the 2018 season with Super Bowl expectations. Struggles on and off the field led to a 5-11 record. Young cornerback Jalen Ramsey is seemingly on the outs with front office head Tom Coughlin. Fellow youngster, Leonard Fournette, might not be long in Duval after struggling to develop any sense of maturity as a second-year player. All the while, these Jaguars paid a premium for veteran journeyman Nick Foles to replace Blake Bortles under center. Mere months removed from being Super Bowl contenders, these Jags are now in the cellar of the AFC South without much hope of ascending the ranks.

Moving on from longtime head coach Marvin Lewis was a step in the right direction. Replacing him with former Los Angeles Rams quarterbacks coach Zac Taylor wasn’t. We’re not saying that Taylor can’t be a good head coach. But he has zero play-calling experience at the NFL level. Making matters even worse in Cincinnati is the fact that they Bengals will once again be relying on Andy Dalton under center. He’s not a top-20 quarterback and never was. Much like the Giants, these Bengals are simply irrelevant.

The ability to land Dwayne Haskins in the middle of the first round was a major boon for these Redskins. Prior to that, the combination of Case Keenum and Colt McCoy were battling for the starting job. That’s quarterback hell right there. Unfortunately, one player is not going to change the dynamic of this organization. Daniel Snyder is among the least-respected owners in the sports world. Meanwhile, team president Bruce Allen is seen as a laughingstock. Until things change there, these Redskins will continue to be a dumpster fire.

Pittsburgh did not get better on the field by losing All Pro performers Le’Veon Bell and Antonio Brown. Anyone that thinks otherwise is living with a pie-in-the-sky mentality. Sure Bell and Brown were issues. But that doesn’t mean recently-extended quarterback Ben Roethlisberger was innocent in all of this. By supporting an aging signal caller who led the NFL in interceptions last season, general manager Kevin Colbert and Co. are making it clear where they stand. Unfortunately, it’s not going to lead to contention with the Browns and Ravens in the AFC North next season.

Patriots North? That’s the question we’re all asking after the Lions and second-year head coach Matt Patricia took a page from his former team. It started with signing Pats defensive end Trey Flowers and continued with the selection of tight end Tyler Hockenson in the top 10 of April’s draft. Even then, teams that have attempted to duplicate the Pats’ MO typically fail at every turn. After a disastrous first season in Detroit, we’re not anywhere near sold on Patricia as being the long-term answer.