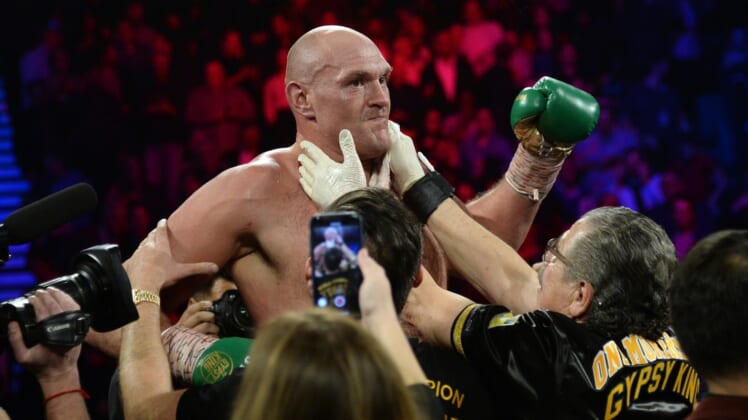 Despite it’s ups and downs this has been a great year for the sport of boxing with many mega matches taking places, two undisputed champions were crowned and there are a host of rising stars that have made an impact that are sure to be a presence for years to come.

As much excitement as there has already been the best is yet to come as we will be ending the year off with a couple of big title fights some of which could potentially shake up boxing’s pound-for-pound list.

We will see how those fights play out and if they have any bearing on the current boxing rankings, but for now, here are the 10 best pound-for-pound fighters in boxing today. 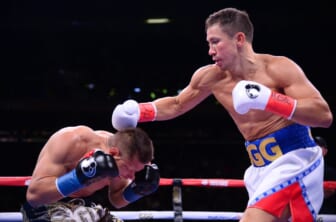 As previously mentioned, Gervonta Davis is coming off a win against Mario Barrios Saturday night to claim the WBA Super Lightweight title. Davis had been WBA Super Featherweight champion since April 2018 successfully defending the belt three times. He won the WBA Lightweight title in December 2019 defeating Yuriorkis Gamboa. He successfully defended these titles against Leo Santa Cruz October via a spectacular 6th round knockout. Davis is gearing for a return to the ring on December 5 defending his lightweight title against Isaac Cruz.

At just 23 years old, Teofimo Lopez is has already reached great levels of success that most would hope to achieve. Prior to becoming world champion, he rose through the ranks winning minor title beating credible opponents including Diego Magdaleno and Masayoshi Nakatani.

In December 2019, Lopez captured his first world title when he defeated Richard Commey to win the IBF lightweight title. His very next fight he would unify the IBF with the WBA and WBO belts when he defeated Vasyl Lomachenko.

Lopez was set to have his first title defense this weekend against George Kambosos Jr. but it was postponed due to Lopez testing positive for COVID-19. After a lengthy negotiation process, the fight has been rescheduled for November 27 in Madison Square Garden.

After winning bouts against veteran heavyweights Chazz Weatherspoon and Dereck Chisora, Usyk went on to challenge then unified heavyweight champion Anthony Joshua filling in for Tyson Fury after a planned undisputed title fight fell through. In that fight, Usyk convincingly defeated Joshua to claim the titles putting him one belt shy of becoming the first person to become undisputed champion at cruiserweight and heavyweight since Evander Holyfield.

While his middleweight champion twin brother Jermall Charlo just barely missed the list, Jermell Charlo came very close to ranking in the top five. Charlo has been at the top of the super welterweight division since May 2016 when he defeated John Jackson to win the WBC title.

After successful title defenses against the likes of Erickson Lubin and Austin Trout, he suffered a minor setback in a controversial decision loss to Tony Harrison losing his title and his first professional fight.

Charlo would bounce back regaining his belt defeating Harrison in a rematch. He’d go on to knock out Jeison Rosario to unify his WBC belt with the IBF and WBA belts. He was unable to become the division’s first ever undisputed champion fighting WBO title holder Brian Carlos Castano to a split decision draw in a bout that many people scored for Castano.

When speaking about underrated fighters, Japanese phenom Naoya Inoue has to be mentioned. Due to many of his prior fights taking place in Japan and not airing on mainstream media channels, not many have gotten a chance to experience Inoue’s greatness. He is one of the most powerful bantamweights the division has ever seen in the modern era with 18 of his 21 wins coming by knockout.

Inoue won his first world title in the light flyweight division in just his sixth fight, then won a world title at super flyweight in his first fight in the division and now he has been bantamweight champion since 2018. He would go on to unify his WBA belt with the IBF belt in the finals of the World Boxing Super Series defeating legendary bantamweight Nonito Donaire in a Fight of the Year contender.

To say Tyson Fury’s career has had its ups and downs is a severe understatement. He went from defeating Wladimir Klitschko ending his run as unified heavyweight champion, to sitting out three years citing mental health problems and cocaine addiction, to returning and going on to win the WBC Heavyweight title handing Deontay Wilder his first career loss.

The story from there gets even more interesting as a planned rematch against Wilder seemed to be dead and buried when negotiations fell through leading Fury to pursue other ventures. This led to Fury beginning talks for a unification bout to crown an undisputed heavyweight champion against Anthony Joshua. However, those plans were derailed by an arbitrary decision that ruled Wilder was entitled to a rematch which will take place July 24. Fury went on to take care of business in his third bout against Wilder beating him by knockout in the 11th round. 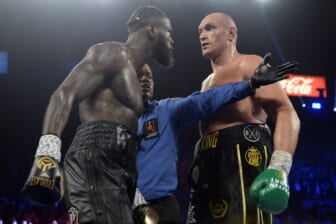 Crawford has successfully defended the belt four times including wins over Amir Khan and Kell Brook. Each of Crawford’s last six victories have come against either an undefeated opponent or a former world champion. On November 20, Crawford successfully defended his title against another former world champion Shawn Porter handing him his first stoppage loss of his career.

Going from one undisputed super lightweight champion to another, Josh Taylor is arguably one of the more underrated fighters on this list. Each of his last five victories have come against undefeated opposition including Ivan Baranchyk to become IBF Super Lightweight champion and Regis Prograis to unify the IBF belt with the WBA belt.

After a successful title defense Taylor got an opportunity to become the seventh undisputed champion in super lightweight history when he faced Jose Carlos Ramirez who held the WBC and WBO belts. In a very close fight, two knockdowns helped give Josh Taylor the edge on the scorecards giving him the win and the undisputed crown.

Taylor will defend his undisputed championship crown in February 2022 when he faces the unbeaten Jack Catterall.

The debate of who’s the best welterweight in boxing between Terence Crawford and Errol Spence Jr. is actually very close. While both make great cases for this spot, it’s Spence who gets the nod based on his superior resume.

Spence became welterweight champion handing Kell Brook his first loss at welterweight going on to successfully defend his title against Carlos Ocampo, Mikey Garcia, Shawn Porter, and Danny Garcia. Unfortunately, an eye injury forced him out of his planned bout against Manny Pacquiao with there being no reports currently on when he will return to the ring.

There is no fighter in boxing with the star power or a resume that compares to Canelo Alvarez. He is not only number one boxer in the world today, he is making a case for being the greatest Mexican fighter in boxing history.

In his last six fights, he has won world titles in three weight classes and unified in two (middleweight and super middleweight). This includes ending the unbeaten runs of Callum Smith, Billy Joe Saunders and Caleb Plant on his way to becoming the first ever undisputed champion in the history of the super middleweight division. 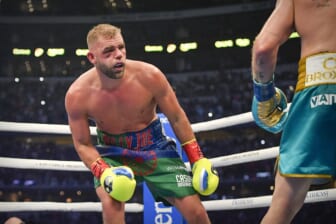