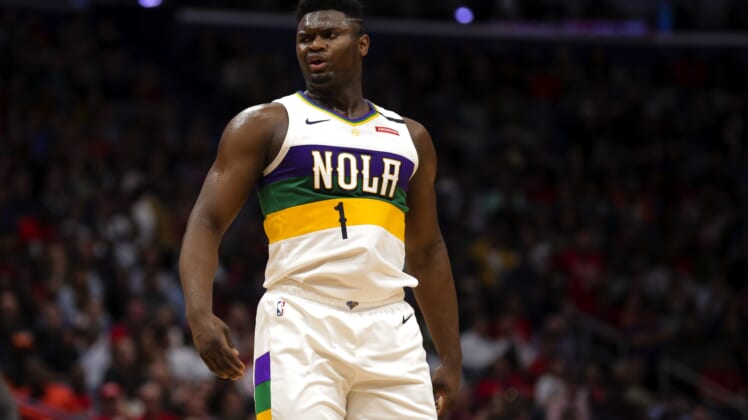 New Orleans Pelicans star rookie Zion Williamson continues to make a name for himself after missing the first several months of the season with a knee injury.

The No. 1 overall pick has been so good that he’s on pace to eclipse the great Wilt Chamberlain as the most-productive rookie scorer in Association history.

Overall, Williamson is averaging 23.3 points in just 28.5 minutes of action per game. He’s also shooting an astounding 57% from the field.

Williamson has already made some history and is currently in the midst of a stretch that has seen him drop 20-plus points in nine consecutive games.