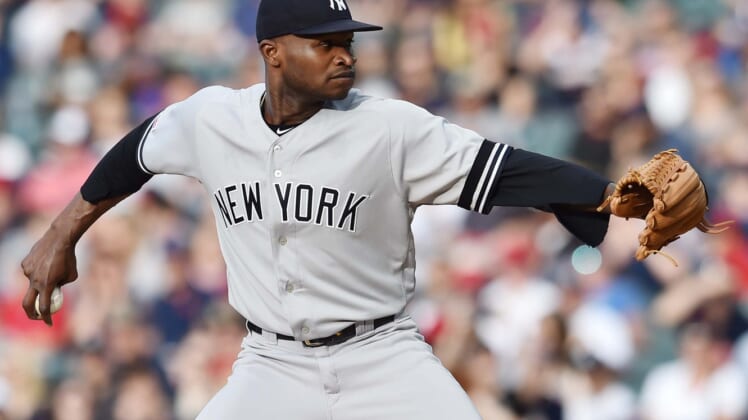 Just weeks before the postseason is set to begin, MLB announced it placed New York Yankees starting pitcher Domingo Germán on administrative leave under the domestic violence policy on Thursday.

Germán has been one of New York’s best pitchers this season, used both in the bullpen and rotation. The 27-year-old recorded a 4.03 ERA and 1.15 WHIP across 143 innings this season with 153 strikeouts and an 18-4 record in 27 appearances.

In a statement, the Yankees expressed their support for the league’s decision and the policy against domestic violence. New York also stated it is cooperating with the league’s investigation.

MLB’s administrative leave lasts for at least seven days, though, it can also be extended by the commissioner’s office. There are no further details regarding what led to MLB’s decision or how long Germán could miss, including his eligibility for the postseason.