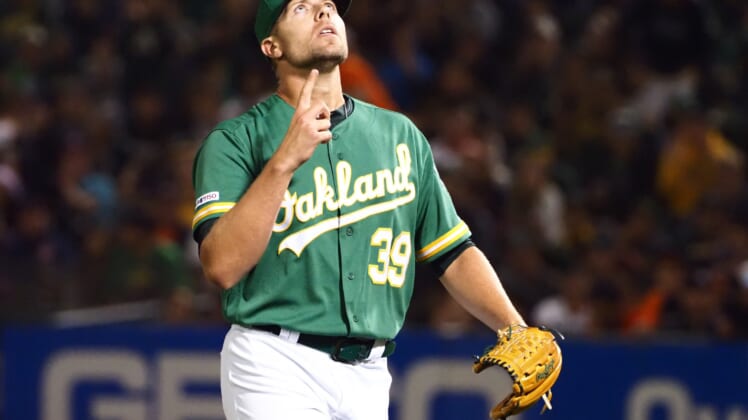 As the New York Yankees begin to search for ways to improve their pitching for the 2020 season, Oakland Athletics relief pitcher Blake Treinen is among the players the Yankees are interested in.

According to The Athletic’s Ken Rosenthal, New York is among the teams interested in acquiring Treinen.

The 31-year-old is coming off a disappointing season in 2019. He lost his spot as Oakland’s closer after blowing five saves. He finished the year with a 4.91 ERA and 1.62 WHIP across 58.2 innings.

The Yankees, along with other clubs, could see Treinen as a potential reclamation pitcher. He excelled in 2018 and represented the Athletics in the All-Star Game. Treinen posted a 0.78 ERA, 0.83 WHIP and struck out 100 batters over 80.1 innings.

Oakland is exploring options to move on from Treinen in an effort to save money. He’s projected to make nearly $8 million through arbitration this season and is reportedly being considered as a non-tender candidate.