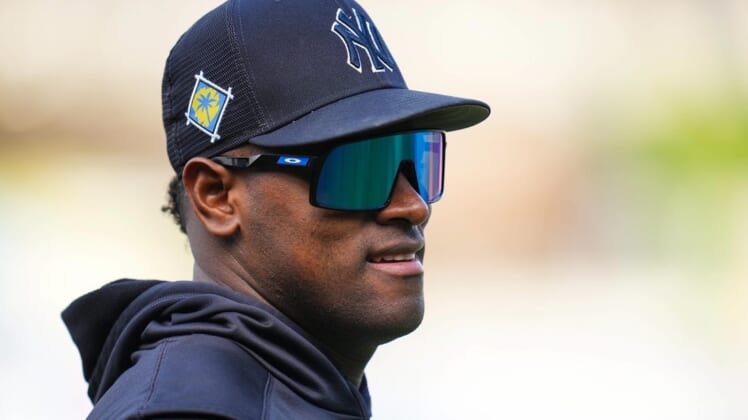 New York Yankees infielder/outfielder Miguel Andujar has reported to Triple-A Scranton/Wilkes-Barre after asking for a trade.

The 27-year-old veteran was optioned to Triple-A last Friday, after which he reportedly told manager Aaron Boone he wanted to be traded.

“Miggy’s a great guy,” Boone said. “That’s a difficult option, understanding that he’s a big part of what we’ve done here, and certainly wants to be here. So I understand that’s a tough one.”

The Yankees did not confirm reports of Andujar’s trade request and said his demotion was the result of “a tough numbers game.”

Andujar has bounced between Triple-A and the Bronx throughout the season. He is batting .289 with four homers and 10 RBIs in 26 games at Scranton/Wilkes-Barre and hitting .268 with no homers and three RBIs in 12 games for the Yankees.