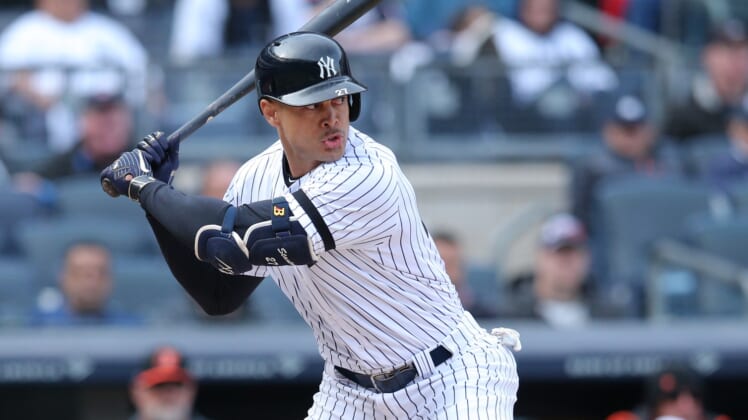 New York Yankees outfielder Giancarlo Stanton is out of the lineup for Game 3 of the ALCS against the Houston Astros with strained right quadriceps.

This is the second consecutive game the former NL MVP will miss after homering in the opener.

It appears that fans on hand for Game 3 at Yankee Stadium are not happy about Stanton’s absence.

That’s a tough scene right there. With the series tied at one, Yankees fans would love to see Stanton on the field.

Unfortunately, he’s just not ready to go. Stanton covered that ahead of the game on Tuesday.

Stanton played in only 18 games during the regular season due to injury. That’s obviously played a role in Yankees fans being unhappy.

But let’s be real here for a second. They are not the ones paying his $325 million contract.