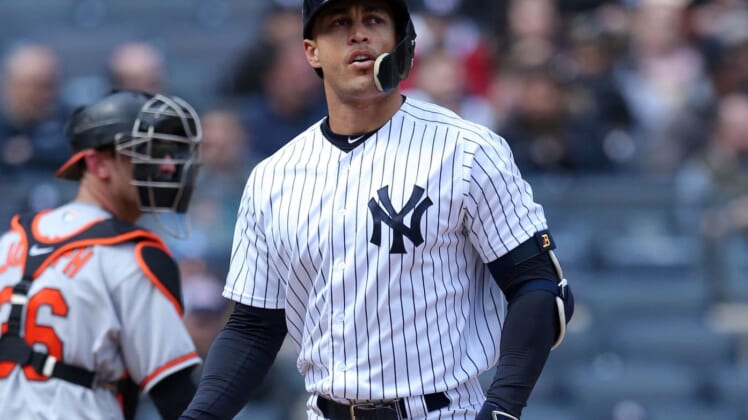 Giancarlo Stanton is back in the starting lineup for the New York Yankees for Game 5 of the ALCS against the Houston Astros, but fans aren’t excited about it.

As Stanton ran out onto the field for pregame warmups Friday night, fans at Yankee Stadium booed him.

It’s a little tough to make out the boos in a video shared by Brendan Kuty, thanks to the volume of the public announcer, but it’s clear fans aren’t giving him any support as he warmed up on the field.

Stanton hasn’t played since Game 1 of this series due to a quad injury. He had a brutal series against the Minnesota Twins, batting .167 with just one RBI. In his lone appearance during the ALCS, Stanton went 2-for-4 with a home run.

Unfortunately for Stanton, this isn’t the first time Yankees fans have booed him this postseason.